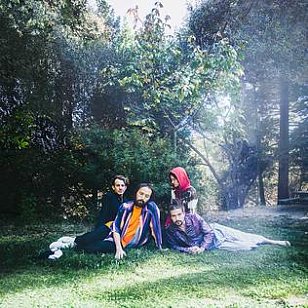 At first blush of the opening track Contact on this, the New York four-piece's third album, they seem to conform very much to the doe-eyed, laconic and slightly world-weary figures who lounge limply on the cover: It's all hushed harmonies, gently chiming guitars and “Judi, please turn the page for me . . . wrap me in silk . . . ”

Three verses of ennui and the intention seems designed to help you nod off until . . . three minutes into the four of the running time there is an unearthly scream, the electric guitars take a turn for the nasty as someone howls in the distance.

And with that we are back to a place closer to where this indie-rock outfit began some years back before they dialled everything back to a kind of disturbed-folk.
However the moment passes, like an alarm going off before the long day of unease and lazy stretching commences in songs which are mostly acoustic soft-pop as delivered by someone (singer Adrianne Lenker) who sounds like she grew up on British Gothic literature (not the bands) and understands how to convey the disconcerting in the ordinary (the seriously odd Cattails which sounds like an evocation of a solitary friend/old woman in a cottage in the Lake District during Coleridge's opium meanderings).

Lenker and Big Thief aren't beyond discreetly processing her vocals into strange shapes (the eerie From could be the non-screaming Yoko Ono at her childlike and shapeshifting best) or some troubled 19thcentury woman in a Southern backroom (Orange).

Much of this is like diluted aspirin – the desired effect will happen but might take a watery-while – and at times the languor exists somewhere between a lo-funk pop soundtrack to not much happening on the screen (Strange) the semi-comatose Morphine and a stoned Norah Jones (Century, which opens with “dogs eye's in the headlights of the driveway . . .”).

There's a lot of disturbing imagery here (“after all my teeth are gone, after all the blood is drawn”) which nudges this into psyche-folk territory (as in psychosis/psychological not psychedelic).

This is music for the horizontal life, once you get past that “I'm-grunge-me” moment which seems unnecessary in this sleepy and somewhat engrossing post-midnight arc of whispering, slo-mo and the VU mood of Cowboy Junkies with more emphasis on the coming-down junkie end.

Stick around for Jenni right at the end to get that reference.

It's here for you 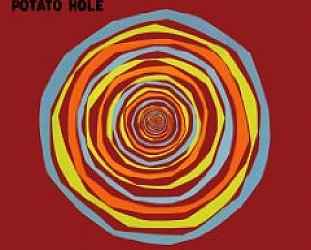