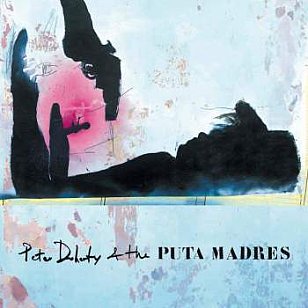 If you believed the British rock press a decade or so ago, Pete Doherty was a lyrically insightful genius who was like Keats, Ray Davies and Oscar Wilde all wrapped up in a rock'n'roll ball of swagger and addiction.

With Kate Moss at his side.

If that were even remotely true then all we can say is how the mighty fell, and so far.

Although there were enjoyably louche and stagger with his band Babyshambles and his couple of solo albums, he never reached whatever height he may have hinted at.

And this shapeless collection with a new band – recorded in four days – hardly gives hope of redemption or rehabilitation as it stumbles between styles and never quite grips.

The good news first though: Shoreleave at the end sounds ridiculously quirky but seduces you in to a folk-rock narrative set in the closing days of a war with a woozy pessimism and at a pinch you can hear a Davies touchstone coupled with the Waterboys; The Steam is a broody piece of his archetypal rock swagger with the violin of Miki Beavis scraping like a demented Scarlett Rivera in Dylan's Desire/Rolling Thunder period; and the guitars of Doherty and lead player Jack Jones are fiery when required.

Someone Else Top Be is an in-joke which reference Velvet Underground and lines lifted from Oasis. It's not bad actually.

But as for the rest of this – there are another eight songs – it is shapeless, directionless, self-referential (about being a junkie rock star) and only rarely gives any hint of what he might have been. Doubtless the UK press will make more out of the references in Lamentable Ballad of Gascony Avenue than it actually delivers.

Punk Buck Bonafide at the end is like a very bad Beat poem by a half-educated Sid Vicious.

Like the solo career of Richard Ashcroft of the Verve, here's another Englishman who was never as great as his cheerleaders or his own publicity would have you believe. 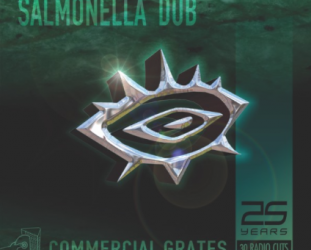 There is no denying the impact Salmonella Dub had when they emerged 25 years ago. Aside from the exceptional shows and genre-defining, distinctive albums they also paved the way for bands... > Read more