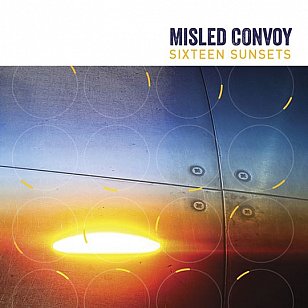 With a new Pitch Black album on it way, Elsewhere was in touch with Mike Hodgson – one half of that innovative New Zealand electronica duo with Paddy Free – and he mentioned an earlier album of his.

It turned up recently (under the name Misled Convoy) and although released in November last year we bring it to attention here because it is a typically classy, engaging and layered collection of surging electrobeats, sonic effects and found sounds, deep dub and rounded bass and . . .

Five of these nine tracks feature ideas from a young songwriter Ines Dunn who plays keyboards in places on her tracks.

There are certain ineffable space atmospherics throughout (coupled with the industrial clank of metallic objects and disembodied vocals) which makes complete sense when you consider the album's title, see below.

All these nine pieces surge past the five minute mark, The Mind Has a Place Full of Strange Paths at 11 minutes comes with a strange and industrial sound palette before becoming a deep dub clanger.

These pieces can be as gritty and as visceral as they are subtle and supple, and their shapeshifting nature pushes the consciousness into different emotional and almost physical spaces.

Try the disconcerting interstellar mechanics of Another Time by way of example, or the massive play-LOUD six minutes of I Am Full of 40 Thousand Holes which is industrial strength dub-cum-astral flight.

It hardly matters if you, like Elsewhere, missed this when it slipped out, it's got the kind of sinew and smarts to be a welcome headphone discovery at any time, especially for the hardy of hearing.

You can hear and purchase Sixteen Sunsets – the title referring to the number of sunsets that astronauts would see in 24 Earth hours – from bandcamp here. 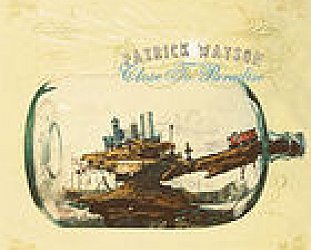