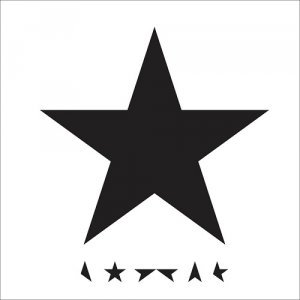 The pall of Bowie's unexpected death now hangs over this exceptional album, bringing an element of tragedy to it that, just last week when it was released, wasn't there. It now becomes a final statement to scan for clues.

However, not even the pre-release singles, unusual as they are, prepare you for the emotional and musical breadth of this, Bowie's 25th studio album. The 10-minute title track/single (a sonic shapeshifter of moods and phases that opens this seven-song, 42-minute collection) signalled Bowie moving beyond any previous incarnations and into a world where contemporary jazz soundscapes, dark visions, aerial balladry and surreal narratives occupy the same space, but the surprises just keep coming.

The previously released Sue (Or In A Season of Crime) - that appeared on the compilation Nothing Has Changed - and its 12-inch B-side 'Tis A Pity She Was a Whore have undergone revisions; the former a funkier 4-minute 40-second version of the original's 7.24 jazzy version, the latter a shorter, more punchy and tighter take. Pity the previous versions weren't added (there was CD space), but that's marketing for you.

The "jazz" word has appeared in reviews, however this wasn't Bowie-goes-bop but something very different. The jazz players on hand come from the post-hip-hop generation, the sound is built up from drums and bass (but not drum 'n' bass as on his 1997 Earthling album) and, though his distinctive voice might be upfront - gorgeous on the world-weary closing ballad I Can't Give Everything Away, one of his finest songs in two decades and now ineffably sad - it's the sonic settings that change the shape of these songs.

A sax glides like a disembodied voice in Lazarus with a bass line perilously close to something by Joy Division - the lyrics may or may not allude to Bowie himself, his brother who committed suicide, John Lennon or his own mortality - and elsewhere algebraic drum patterns provide disconcerting undercurrents.

Only the wilful headphone weirdness of Girl Loves Me (his voice compressed and echoed, lyrics a melange of A Clockwork Orange and mid-50s gay street language) sounds archly arty.

But for the rest -- with cut-up lyrics of strange visions, warped religion, evoking scenes from bleak pre-Renaissance paintings and sci-fi futures to existential crises and death - this is an accomplished work of art with its own internal language coupled to layers of sound and meaning that chart a new map.

Little in Bowie's long and diverse catalogue - least of all its brittle predecessor, The Next Day of three years ago, the sessions for which lead immediately into this very different territory - anticipated blackstar.

In a world of genre-locked music and predictably familiar albums from established artists, this is exciting, if challenging for casual Bowie fans wanting another Let's Dance or even another Low - "Heroes" - Lodger trilogy.

Blackstar wasn't to be yet another new direction for Bowie, who perhaps knew his days were numbered. It exists in and of itself. Because of all that - if you are fearful, use I Can't Give Everything Away as your entry point - it is quite extraordinary. And now, so tragically final. 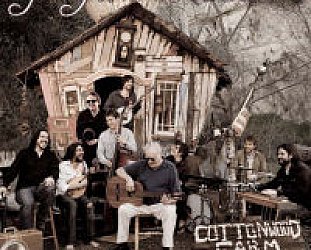 Anyone who has followed the career of the great songwriter Jimmy Webb (interviewed at Elsewhere here) will attest to two things: he crafts memorable material (all those hits for Glen Campbell, the... > Read more To be honest, I can't say I ever saw Wellington's late Seventies/early Eighties band Beat Rhythm Fashion . . . and until now maybe not even much, if anything, of their music, other than perhaps in... > Read more