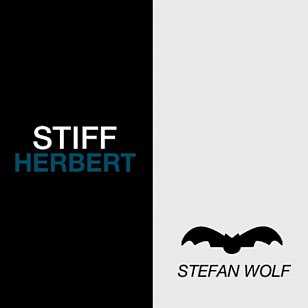 And suddenly despite being elsewhere (in China as we shall see), former Paekakariki resident Stefan Wolf is kind of “everywhere”.

Rather than review this typically idiosyncratic but attractive alt.pop-rock album by Wolf – who had an Eighties song on the excellent, recent Kiwi Animals collection, as Stiff Herbert – we thought we'd just reproduce the accompanying message he sent to various friends back home.

(But we would recommend his album which covers everything from drinking with goats and horses to songs of loss.)

I’m writing to you from China where I have been based in the beautiful city of Guilin since March.  I came here with the specific intention of writing and recording a new album.

The virus thing got in the way only a bit, I had the mandatory quarantine when I got here but things are pretty normal in this part of China now.  We used to wear face masks but that has pretty much stopped now.

People are socialising, although everyone is pretty careful in their interactions and generally mindful of the virus risk.

It’s the height of summer here, it is very hot and humid, but the city is buzzing and life is fun here.

Guilin is beautiful, a river and university city that is green and bustling but not too crowded. I am particularly lucky in that an excellent craft beer micro-brewery is about 100 metres from our house -- plus, they love live music and I’m down there regularly, jamming and gigging and introducing the curious to songs they have never heard before. ‘Blister in the Sun’ (Violent Femmes) and an ever-changing improv version of ‘I’m a Man’ are particular crowd favourites.

This bar, Pai Gong Fang, has become sort of a second home for me and I written a song about it -- it’s track two, A Thousand Years, on the new album.

So, it’s finished now, and I am so very happy with what I’ve come up with.  Some of you will be aware that I have an unfortunate tendency towards the navel gazing, woe-is-me ballad and I was determined  this album would be different -- energetic and upbeat, reflecting the excitement of my new environs and the general lust for life that such a dramatic change of scenery brings.

As it happens, my work on this album co-incided with the release of an album in New Zealand, a compilation called ‘Kiwi Animals’ by Strangelove Music.

It featured a single I released after first arriving in New Zealand in the mid-Eighties, released under my fun moniker ‘Stiff Herbert’.  This inspired me to revisit those early musical endeavours and their fresh, uninhibited musical experimentation.

And I just loved it!

So much so that I wrote a song about that time (‘I used to be Stiff Herbert’). I also re-recorded what would have been Stiff Herbert’s second single (had Flying Nun decided it was worth releasing).

That song is called ‘Visional Rhythm’. I was amazed that, in spite of my shocking memory, I remembered the entire song note for note even though I hadn’t heard or played it in 35 years.

The mind works in mysterious ways!

So, really this is just to let you all know that the album is now out there, it is on all the streaming services and as most people have Spotify these days I put a link to that here.

A few years ago Stefan Wolf shared stories and videos from Paekakariki on Elsewhere here. 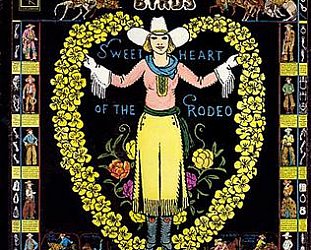 Although not the first country rock album – Gee, even Britain's r'n'b rockers the Downliners Sect had done a country album three years previous – this '68 album by former... > Read more