Well, this London-based producer and big-beat DJ gets things right with the title of his second album at least.

But much as this might benefit from being played loud for the thumping beats to get their full spine-rattling effect and the rhythms which will haul the interpretive dancers to the floor – the shapeshifting nature of these 12 pieces means you can't simply lock yourself into a repeated dance move – these 40 minutes end up rather shapeless and leave little aftertaste beyond the obvious: sweat, a sense of weariness and the question, “What do you remember that stood out?”

Yes, blocks are rocked . . . but that's not only to be expected but actually the easy option.

Yes, we get the tribal nature of much of what's here: the loop-into-chant and percussion of Pizzawala for example.

And of course the album's title points to a serious intent which certainly emerges in the chaos: the title track is a killer cut of violence, noise and almost tribal beat intensity which in places is close to The Bomb Squad's sonic palette on Public Enemy albums.

But too often this defaults to that deep thump and/or clattering percussion which inevitably emerges from the quiet passages which open most of the pieces.

It's an album where, after the first third you kind of guess what you are going to get.

If you want the expected then this won't disappoint.

You can hear this album on Spotify here but it is also available as a double vinyl which your favourite record store can order through Border Music, Auckland. 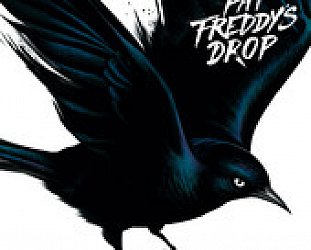 Given this album debuted at #1 on the New Zealand charts -- and deservedly so, it sounds extraordinary -- it hardly needs any comment at Elsewhere. But . . . And there is a... > Read more