Will Oldham has appeared under so many noms-de-disque it can hardly be his audience's fault if it hasn't been able to keep up: he's been Palace, Palace Brothers, Palace Music, Bonny "Prince" Billy, Bonnie Billy, been a member of various bands, and sometimes even appeared under his own name.

It would take a work of great insight and length to make clear distinctions between all these various personae, but at core Oldham/Billy works in the alt.country area although he doesn't quite fit there that easily: he links to an older American folk/country tradition with discreet references to English hymns and forgotten folk. He's also unique as a singer-songwriter in that he has an ear for a pop progression in his chord sequences.

This album, recorded in Iceland with a local string quartet on some tracks, is among his most (musically) approachable albums and in places there is even a jaunty characteristic (Cold & Wet). But he is, as always, lyrically dense and shadow-filled. Death is ever-present. You might have expected that the stark environment of Iceland would have brought an even more melancholic Oldham to the surface but it is almost the opposite: with warm harmonies from Dawn McCarthy and some almost lush if angular arrangements this has heart and soul in generous abundance, and it is a collection of memorable songs.

This may well be Oldham/Billy's best yet, and that's saying something because the man sets a very high standard for himself. Much recommended.

Bonnie's The Letting Go is an almost cheerful Will Oldham.Everyones(well) favourite eccentric after William H.Macy .Lushly arranged by his standards ,his singing is literally better than ever.Unusual to the last note a friend who endured the whole album in my car once gruffly suggested the guy was seriously depressed.He gets under your skin like Ryan Adams does.Ryan as a hopeless romantic with maybe the best heart wrenching lyrics available.I also felt his singing on his recent Live Album is helping the muted joy factor surface more than before.His voice is fragile and often he duets really well with a female voice in the mix as shown on the Live outing.He is a gem alright .Probably shave his beard next. 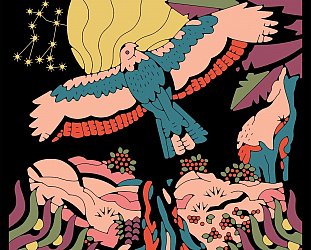 We here at Elsewhere are patient and allow people time to catch up with artists we've championed at the start of their careers. Like Khruangbin, the trio out of Texas who have... > Read more