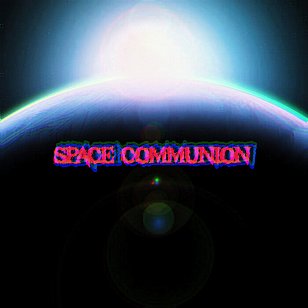 This Leeds-based producer passed our ears a year or so back with an EP but now with a full-length album of his glitchy samples and a sonic collage of electronica with vocal snippets over nailed-down beats we can throw the spotlight on him . . . albeit a little late because this album came out in July.

Not that timing matters, we doubt it has had too many reviews and he does seem destined to be off the earwaves of most.

His Muzai label jokingly notes it is a micro-label releasing what they like: “It's almost like a running a record store. But less profitable”.

We've actually written about a number of Muzai releases and were pleased to get around to this one which DuhkQunt says “this idea evolved of creating a record that thematically was based around a protagonist on a voyage into space – from lift off to floating through the cosmos and finally discovering a new, habitable planet.

“It’s a completely pretentious take. But given the cyberpunk nature of the last EP, it felt right.”

That's not to say we are in the realm of Hawkwind or Tangerine Dream, rather this sounds like a journey as experienced inside the control panels with static, the gentle clank of cogs moving and the subconscious ambience of computers thinking.

With some lovely brushstrokes of synths (Astral Blaze at the midpoint), this short – 26 minute – album might be one of those vanity projects so beloved of producers, or perhaps even a calling card for those in search of a sound designer for their latest film project.

But it also stands on its own merits as a focused soundscape with moments of transporting beauty alongside aurally disruptive passages, and a bit of soul (the uncredited woman singer on M Havenaar Drip).

Not an essential album and might not even make it into your top 20 of the year, but nonetheless a very interesting diversion which rewards repeat play.

One of those albums you can discover at any time.

Now is as good a time as any.

You can hear and buy this at bandcamp here. 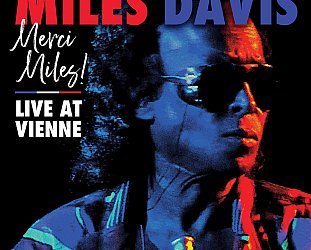 The mercurial directions in trumpeter Miles Davis' career frequently confounded jazz writers. In the mid Seventies one announced Davis' output after the mid-Sixties as of... > Read more