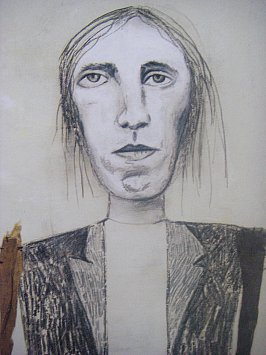 For more years than I can recall when people have asked me what I did I have variously answered “I‘m a writer“ or, when Customs officials look difficult I would say “I’m a journalist” -- and oddly enough that would work better than the more amorphous description “writer“.

Often, for my amusement. I’ve described myself to people as being like the village scribe as we might understand the term from two or three centuries ago: you want something written? I’m your man.

I have to say that also that for many years -- until people talked me out of downplaying my journalistic skills because it made me sound like a dick-headed -- I would say that I was just carpenter. I knocked words into a coherent shape that people were satisfied with.

But the other day while trying to find an article for reference I realised that I wasn’t a writer: I have mostly been a transcriber. Just like that guy in the village.

I have interviewed and spoken with everyone from (literally) important presidents to vacuous pop stars and what I have done is simply make sure their words have been faithfully reported into this world.

I guess that’s what a serious journalist does, but when it has come to musicians - whom I consider more important than presidents to be frank -- I have always expected little of them in an interview.

I only expect from musicians that they make great music, not that they give good interview.

But given that, I also have a corollary: if you are musicians who is inarticulate, indifferent to the interview process or frankly couldn’t give a fuck about talking to a journalist then here’s a thought: just don’t do it.

Why would any musician - who I have to assume has other things to do it this world than engage with a scribbler - submit themself to an interview if they didn‘t want to do one?

I have twice, maybe three times, hung up on musicians who clearly didn’t want to do an interview -- and of course have endured pricks like Neil Young.

And the other day, while considering all this I came on an “interview” I did with Tom Petty, a man I had once had the misfortune to encounter in person.

It was dated December 1989 - and I guess neither Tom nor I (nor you) can remember quite where we were at on the fag end of that decade-closing year.

His album Full Moon Fever had been released six months previous and I didn’t, and still don’t, rate it. He’d done the Traveling Wilbury’s thing and since Roy Orbison had died I guessed he might be talked out about that too.

So I am eventually connected to him in the studio where he is . . . recording?

“Nah, just hanging’ around,” he said. “This is sort of our clubhouse and we just hang out here with our own little crowd.”

He cackled away, said that yeah he’d been out on a tour but there wasn’t much to say about that, mentioned a couple of album tracks from Full Moon Fever that he liked but couldn’t be drawn on them, cackled some more about how he imagined himself as Jed Clampett from The Beverley Hillbillies when he wrote the song Zombie Zoo (a swipe at the younger generation, he was only 38 himself) and so on.

And then he cackled some more.

When I wrote up the article the headline was “Polite and petty fun” - and most of the piece was taken up with background material. I also said that I had no idea why I was bothering to talk to him and that he wasn’t forthcoming. Basically that it was a waste of time.

I wonder why he bothered - then I realised he hadn’t.

Oh, he did say that a solo album was possible and that might see him go in a new direction.

Sometimes being the village scribe is a damn dull job.