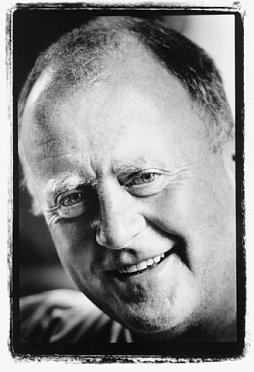 Car dealers certainly. Lawyers and politicians of course, when it best suits them. But musicians? I know they gild the truth or embellish it for some self-aggradisement, but I never really expect them to fib directly, and in this case so convincingly.

The great Irish Republican singer-songwriter Christy Moore was in wet Wellington ("Moist, it makes me feel at home") for an arts festival in 1990 and it was my pleasure to interview him in his hotel room. His desk was orderly and he was working on a song about the elections in Nicaragua which had been sent to him.

Life was now very different for him he admitted. If he'd come to Wellingotn 10 years ago, he said, he wouldn't have seen anything because he'd have been asleep or "out of my skull somewhere".

He'd released his first solo album in 1970, been a member of Planxty who topped the Irish charts with a meltdown of folk with a contemporary spin, but in the late Seventies he'd changed direction quite consciously. It was the time of protests in Long Kesh prison and hunger strikes, of Bobby Sands and bombings in London. The Republican movement was angry, violent, vocal and engaged in a shooting war with the British in Belfast. Moore signed on as a voice for the cause through song.

It wasn't easy: his life was threatened in '79, his house was searched frequently, his kids were taunted at school . . . and yet he continued to write and sing about the martyrs and the cause, but always with compassion and heart. Moore was no simplistic sloganeer.

He was a powerful and influential figure in Irish music also: U2 grew up listeneing to Planxty, he was vocal in the support of Sinead O'Connor and considered Shane MacGowan of the Pogues "my favourite songwriter". He was also however on the record somewhere saying of the Pogues something along the lines of "That's all we need, another band of drunken Irishmen". His own struggles with the bottle were dcumented in his song Delirium Tremens.

Three years before we met he'd had a heart attack and he said he saw that as a positive thing.: "I would have burnt out and my life is the better for it now."

We had a wonderful hour or so: he spoke quietly but with passion about the Republican cause, of politics and Margaret Thatcher, and of seeing Simple Minds hijack images of Nelson Mandela for their rock show "and people were going away from the gig feeling they'd done something and let their voices be heard against apartheid".

"That's counter-productive. I think you have to leave somebody with something to take away with them. To try and make them think a bit, maybe change their minds."

He was among the most honest and articulate musicians I had ever spoken with.

Except he lied to me.

He told me that he never did two concerts the same, it would be too tedious. "If I'm not interested and excited by what I am doing, how the hell is the audience going to be?"

The concert that night was, I wrote, "little short of brilliant".

I saw play in Auckland a few nights later. He was brilliant again -- because it was the same show.

The same jokes, the same set, the same pauses for effect, the same honest and plain delivery which was affecting or humorous by turns.

Sucked me right in with that Irish charm and I fell for it. 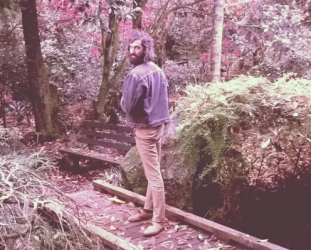