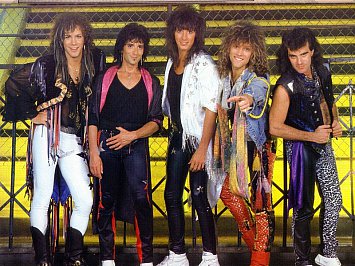 My knowledge of Bon Jovi has always been limited, and even more so back in the early Nineties when all I could conjure up for a pub quiz would have been "New Jersey, the cover of their Slippery When Wet album, big hair and " . . .

Actually that would be about it.

Except for their song I'll Sleep When I'm Dead which -- for a rather too long period of prolonged irresponsibility, and living the high life with many lowlifes -- I took as a personal credo.

I did, for many years around then, fear sleep, "the sister of death" as Oscar Wilde wrote.

So I would stay up late and indulge in all those things that allow you to do so. There were 24 hours in a day -- and I would sleep when I was dead.

Came rather close too, I think.

So when Bon Jovi turned up in Auckland to play the Supertop I clearly was not the most informed person to interview them. Didn't know 'em and didn't much care.

Someone else must have done it.

But I did go to the show.

On the day I recall getting a phone call from the promoter or PR person saying that at some given time I should make my way to the side of the stage. I don't recall if they said much more than that.

But at close to the appointed time I did so and, standing in a small queue of maybe half a dozen people, I was bewildered but also badly befuddled by a combination of unofficial products designed to have exactly that effect.

Suddenly we few were given a signal and were slipped in behind the stage, and sent to some steps to await the signal.

At the time Bon Jovi were on a tour which had some kind of theme and stage setting like a bar, and we few were to be patrons of said drinking establishment. I remember asking the PR woman if we could get a drink up there -- and that almost spoiled my chances for what happened next.

We were rushed up when the lights went down, and when they came up again there I was, looking out of an ocean of white arms raised into the spotlights and just a few metres away were Jon Bon Jovi and whoever else was in the band.

It was strange but strangely appealing -- and then they kicked in with the next song. My song.

I grinned like a loon and goofed around, danced badly but with discretion, and roared out the only lines of theirs I really knew: "Until I'm six feet under, baby I don't need a bed, gonna live while I'm alive . . . I'll sleep when I'm dead".

Don't remember anything after that, have never bought an album before or since, never followed whatever long career they might have had. Never cared to.

But for five minutes that night I was in "the bar" and "in the band" -- with the best bar band in the world.

I guess I can sleep now. 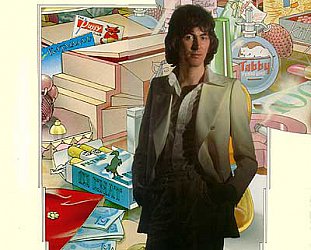