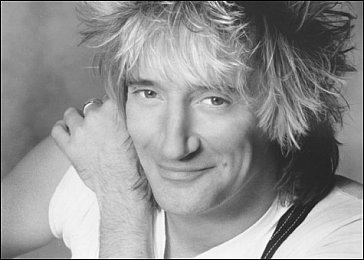 When Rod Stewart came to New Zealand in 1992 he wasn't doing any interviews. He was sick of questions about his then-wife Rachel Hunter. And so the shutters went up. I spoke with him. It was easy.

I simply let it be known I couldn't give a toss about his wife, I wanted to talk to him as a singer and songwriter (an aspect of Rod which is too often overlooked), and about old soul music.

The fax saying that was sent to his record company, who sent it to his people, and I was scheduled to meet Rod at Waimanu, the enormous private home in Auckland which is modelled on a hotel in Hawaii apparently.

Rod met me at the door and we went and sat by the pool. There was an Allen Toussaint compilation on the table and he sipped water constantly. Otis Redding played in the background.

I was surprised by what I saw before me. Rod was huge. His head was balloon-like and the famous cheekbones were deep beneath the flabby flesh. His belly was enormous and his polka-dot shirt was flapping open to reveal a very red and sun-burned chest. He seemed to be about 100 kilos bigger than I expected.

But we had a terrific chat and he was enormously friendly as we talked about his life, how the seed was planted when his brother took him to see Bill Haley and the Comets in Kilburn when he was about 11, and how he'd recently seen the musical Buddy and had fallen in love with the music all over again.

We laughed about the Faces years and how Nirvana would play for only about an hour. It took him that long to get really warmed up. We spoke about songwriting, soccer and much else besides.

I'd like to tell you Rachel's name never came up but not so. And it wasn't me who mentioned it.

Rod would frequently punctuate the conversation with references to the missus and he was clearly very much in love. She was out shopping at the time and when they went out together here he was delighted to just play what he called the Duke of Edinburgh part and walk along behind her. She was more famous in New Zealand than he was, he said with what sounded like relief.

And so a pleasant hour passed in the sun and finally it was time for me to take my leave.

As he guided me to the door and mentioned Rachel once more I had to tell him: that I had been a schoolteacher at Glenfield College when she was a student and she'd breifly been in my class.

He whooped with delight like a child and wanted me to hide behind the door to surprise her when she came back. I declined and he seemed disappointed, but he then went on to extol her many virtues, one of which was that she was extremely intelligent and had "brains on her like that" he said, his hands indicating a very ample bosom.

It was an unintentional gesture, but we laughed when he realised what he'd done.

And so I shook hands with a very large man with a face like a bowling ball. I went back to the Herald and wrote a lengthy story in which Rachel's name was never mentioned once.

A few nights later I was right down the front for his Western Springs show. I had told my companion about how he looked nothing like the photos and not to be disappointed when Tubby took the stage.

And then he did. And I was shocked again.

The cheekbones were back, his face was lean and angular, he looked just like the image of Rod Stewart I had expected to see when I knocked on the door at Waimanu just days before.

He looked trim and healthy, and did a great show.

I said to my companion that I wanted to be on whatever Rod was on. 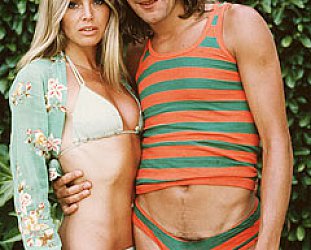