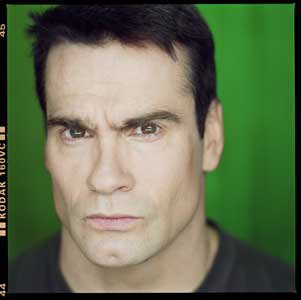 There are some musicians you don't want to meet. For me Neil Young is the never-again category for rudeness, and Henry Rollins just as matter of personal safety. He was a nice guy actually, but he almost broke my hand.

It was on his first tour to New Zealand and he was in his ranting-poet mode rather than fronting some noisecore band.

I was asked if I wanted to interview him and I said, "Sure" while others cowered behind their desks.

To be honest I knew very little of Rollins' bands like Black Flag but I was certainly aware of his famous quotes like, "I don't enjoy playing unless I see blood or get hurt".

But I wasn't fearful because after all, this was an interview and he was smart enough to be doing it for publicity. And beating up on a journo -- while hardly unknown in rock culture -- doesn't exactly endear you to people. We're softie targets.

So at the appointed time I made my way to his hotel and we met in the lobby. And Rollins did one of those personality-test handshakes in which he gripped so hard he waited for you to flinch. I didn't, my body was too numb from the pain.

Anyway we sat down to talk and he loomed over me all furrow-brow and tattoos, and I immediately told him I didn't know much about his music.

Over his shoulder I could see the promoter's shoulders sink. It was if I had just given the fingers to a raging bull.

But I quickly added that I knew of his spoken-word work because for many years I had had an off-on corresponded in the early 80s with a guy in LA called Harvey Kubernick who had produced a series of double albums of spoken word stuff which I had faithfully bought.

The albums -- English As A Second Language, Neighbourhood Rhythms and Voices of The Angels -- were patchy but introduced me to names like Wanda Coleman, Harry Northup, Tuff Muffin and many others.

And it wasn't just poets who were doing the spoken-word thing: on English As A Second Language for example there are pieces by Mike Watt, Jeffrey Lee Pierce, Dave Alvin, Exene Cervenka, Rodney Bingenheimer, John Trubee and others who were better known for the involvement in bands and the music business.

So Henry Rollins was there alongside Charles Bukowski and that's how I came to know of him.

On being told this Rollins became a whole other guy. The aggressive attitude melted and we engaged on a free ranging discussion of poetics and the art of spoken-word, and so on.

Frankly I think he'd probably been interviewed by far too many pimply quasi-goth kids who wanted their Black Flag albums autographed and was just glad of an intelligent conversation about something he felt deeply about.

I guess he liked being considered as something other than just a rock'n'roll bulldozer.

Rollins was a bit like that, he wanted to be seen to be something other than just an animal frontman in a deafening and abrasive band. He wanted to be An Artist.

So we had a good conversation and at one point he said something like, "I've got this band you know, they are called Black Flag".

I laughed and said yeah I did actually know that, and he laughed too because he could see how far in the other direction we had gone.

We shook hands at the end, and this time he didn't try to hurt me.

I'd like to say all this had a happy ending, and in way for me it did. I had a terrific interview which ran big in the Herald, and I was hailed as a survivor by some who knew of Rollins' fearsome reputation.

But his dark side appeared soon enough.

The night of his performance (at Silo or some small theatre like that if I recall) one of the supporting performers didn't turn up and Chris Knox had to wing it for about an hour.

It was an exceptional performance by Chris who played some songs but also engaged in a free-ranging banter with the audience there to see Henry.

One thing I remember clearly was someone asking Chris how much he earned for doing Max Media in the Herald. Now I have never thought money was one of those off-limits subjects and if anyone ever asked me how much I earned I always told them.

And Chris was like that too, he gaily said how much before tax and how much after and laid that particular bogey to rest.

I had the greatest admiration for Chris being able to command that audience for so long with humour, honesty and little more than a guitar and a smile.

In the course of winging it however he inevitably mentioned that Henry would be up soon and that it should be good, or something mundane and inoffensive like that.

Chris and his partner Barbara told me later that Henry, for reasons unspecified, took great offence at this and nailed Chris in the backstage corridor, had him up against the wall by the collar and indicated that if he ever mentioned his name again -- and how dare he, who did he think he was etc -- then Chris would be his for breakfast.

Now Chris isn't a big guy and Henry works out, so you can imagine how terrifying this must have been for Chris.

I can, and all Henry did with me was have a thoroughly pleasant conversation.

And shake my puny hand. 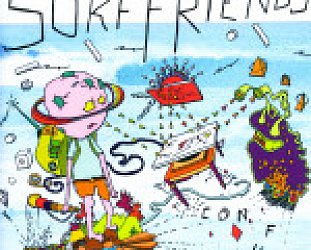