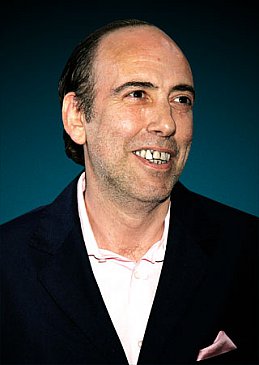 Years later someone brought it to my attention: in Marcus Gray's book about the Clash, Last Gang in Town, there is mention of -- and a quote from -- my December 93 interview with Mick Jones.

By the time I got to Mick the Clash was well behind him and he was in Melbourne with his band Big Audio Dynamite II opening for U2.

It was a good interview and I was on top form. I had self-medicated and was very cheerful. It seemed to draw Mick out.

The night before BAD II and U2 had played to a crowd 30,000 and by his own admission Jones said BAD II had struggled a bit.

We had arranged to meet in the lobby of the Hyatt Hotel in the late afternoon but Jones had radio to do in the morning (radio that didn't play BAD II he noted) and so he decided to have a catch-up kip. Which meant I had to wait near the bar. Not a good idea.

I had developed a head cold and my throat ached so I decided a neat whisky was in order. I gargled it sensibly -- but less sensibly decided to swallow not spit. And Mick still hadn't shown.

So I had another, again gargling for medicinal effect. Then I had a third, by which time I had dispensed with any notion of gargling and its healing properties -- although I did feel appreciably better.

The delay in waking Mick and getting his slight, 38-year old frame down for the interview meant I also had time to take in the situation developing around me.

Dozens of people, well dressed and in small groups, had begun gathering in the lobby in expectation of U2 coming down to go to the gig. There was a palpable rock'n'roll excitement in the air and every time an elevator door opened dozens of head spun to see if Bono, The Edge, Adam or the Other One would emerge.

Of course none of them did, but that only added to the air thickening with anticipation.

And then, out of an elevator door and in full view of maybe 50 rock fans, there stepped a man who once shook the music world to its foundations: Mick Jones in a black leather jacket.

And no one paid him the slightest attention.

He ambled past teenagers with autograph books and guys in shades looking too cool for school, and made his way through the glass-top and gilt tables to where I was slumped.

I warned him about my cold and so he sensibly sat opposite me and we sipped water.

By this time I was in a mood to just have a good old chinwag about the acrimonious break-up of the Clash, the acrimonious departure of Don Letts from BAD I, the touring life (the accommodation was better with U2 than when Clash were headliners he offered dryly), and how this tour was taking them to an audience he could never have imagined for BAD I or II.

"Yeah we're a bit spoiled now. The other gig we did this year was with U2 at Wembley Stadium, so anything below 50,000 now and we're not really interested," he laughed.

Jones seemed in a very good mood -- I certainly was -- and so we chatted about things I suspect he hadn't been asked about in years.

We talked about his childhood growing up with his Nan in a council flat (which is what Gray quoted), what he liked to do to relax (watch Eastenders on the telly, he also liked 'Allo 'Allo and Colditz), and how he really knew very little about what was going on in the wider musical world.

He was down-to-earth and funny, and I sensed his working class honesty had helped him survive the excesses when the Clash were firing hard.

But he was also aware that his time had passed, that BAD II were just another band out there in the world. However he now didn't have to take the rest of the crap that came with the job of being in a spearheading band.

He was happy about that.

And so after a talkative, informative and often amusing 45 minutes he was called away by the tour manager to get in the bus and head to the venue.

He walked off untroubled by rock fans unaware of who was walking in their midst -- this painfully thin man with a gap-toothed grin and who looked like a barrow boy had once been in a lightning rod band that shook the rock world and were considered "the Rolling Stones of punk".

It was the strangest thing, so I had another drink to consider it all. 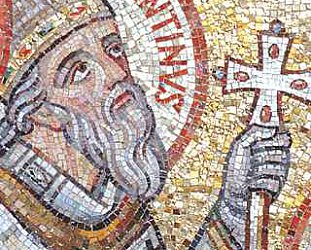 Some would say Nils Lofgren never fulfilled his early promise. Certainly his band Grin were pretty good but then he scored with a couple of excellent solo albums. His self-titled album in '75 was... > Read more