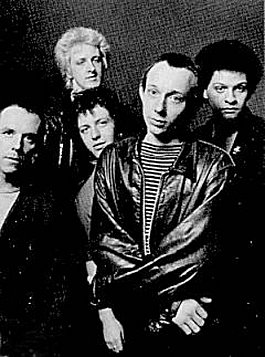 Back at the dawn of time -- for two periods in 1980 and 1981 to be precise -- I had a programme on Radio Pacific on Saturday evening, sandwiched between the Rugger Buggers sports show and, of all people, Hollywood gossip David Hartnell.

It was all free-format music (not a term used in radio these days, it means you could play what you liked) and so I had great fun.

The second period was during the Springbok tour so for a while just to rile the Rugger Buggers and their guests -- who left full ashtrays and beer bottles all over the studio -- I started every show with Peter Gabriel's Biko.

I had studio guests including a young Don McGlashan who had just left the band the Plague whom I'd been impressed by when they played at the Maidment Theatre. For one song they smashed a huge pile of plates. They called it their Bolero, as I recall.

On my programme Don played a song about wiping your bum with a white kitten I think.

Another guest was cartoon artist Barry Linton (who did Herbs' Light of the Pacific sleeve and various excellent comics). Barry was a huge reggae fan so he came on the show and we played terrific old tracks.

Unfortunately we talked between ourselves while they went out on air so I never actually heard what we were playing. The phone lines lit up however and my standard line was to say, "Sorry, this isn't talkback for these two hours so I'm not interested in your opinion". And I'd hang up.

I did a lot of hanging up that night and afterwards we went back to Barry's, we lit up like the phone lines and I asked him what we'd played.

He banged a couple of slices of vinyl on and I realised why we'd had such a response. It was all rude-boy reggae with lyrics like, "why you shave your hairy pum-pum?"

Another time a guy came on who was the manager or something for Yes (!!) but he had some good stories. He also had John Lennon's home phone number -- so I guess this was during the 1980 period -- and we put a call through. No reply unfortunately. A few months later Lennon was gone.

The show had a small but loyal fan base, largely because it was called Heart of Saturday Night and used the Tom Waits track of the same name as it's theme. I was the only guy playing Waits and his like, so when people found it they told their mates.

To be honest I did take a few calls, only those of a musical nature, and even dropped round to see people who sounded nice and just wanted to share their record collection.

One odd night I went to see a guy who lived near me and was astonished to learn there were that many Todd Rundgren albums and bootlegs available. It was scary and his obsession was a little unnerving. Still, I discovered Todd through him.

Around that time I started to interview various acts coming through town for the radio and various other outlets -- including a semi-comatose and coked-out Tom Petty.

Still, he got his picture taken with her as well. So that is the nature of his brushes with stars: brief but well documented.

I had a great chat with Cheap Trick also and took my very young son along (he was a fan) and they autographed their Dream Police album for him which I thought was nice.

But not everyone was so helpful. 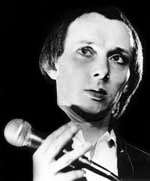 I had the misfortune to meet Howard Devoto from Magazine, a band I really liked. But he was a sullen little cuss and not given to saying too much.

I tried to engage him in something about one of his lyrics in which he mentioned Raskolnikov, the character in Dostoevsky's Crime and Punishment. This was impressive stuff (I suspect only arch-bore Al Stewart has been down that particular path) and so I assumed he had read the book.

He looked at me blankly and seemed surprised there was a book. He said he'd seen the film on the telly and just liked the name.

I think he was winding me up, he was that kind of guy.

Over time however he warmed a little and so I whipped out the tape recorder and decided to capture some of his wit and wisdom for the radio.

That Saturday I went to the station which in those days was in Manukau City near Rainbow's End and said to the engineer that I was going to split early and we could just play the tape and he could drop in a Magazine track in at the end.

As I drove down the motorway I tuned in to hear what it sounded like. I was fine, the questions were good and I clearly knew my stuff.

But Devoto's nods or shakes of the head by way of reply just didn't make for good radio.

It was a long and embarrassing drive home. 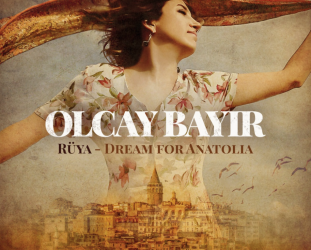 This album was described as “exquisite” by a Guardian reviewer and it's pretty hard to argue with that assessment. Born in the south of Turkey the daughter of a father who... > Read more