The curious thing about going to meet famous people is sometimes you don't recognise them and end up sitting in the bar or cafe counting the ceiling fans until you realise your prey is that little bald guy over there.

No such problem with Stevie Wonder, and not just because his braids are like a flag which announces his presence.

Nope, I knew Stevie was in the room even before I saw him.

The round-table meet-Stevie took place in an unattractive room at Mangere airport in October '87. He was just passing through on his way to Australia and was due to return a fortnight or so later to play a show at Western Springs.

By this time in his career Stevie was a little passe, to be frank.

His last classic album Songs in the Key of Life had appeared a decade previous, he'd lost the plot and his audience with his double album The Secret Life of Plants in '79, and then had a minor return to form with Hotter Than July in 1980 on which her embraced Bob Marley on the track Masterblaster, got a hit with that dreadful ballad Lately and started his campaign for his country acknowledging Martin Luther King's birthday with the joyous Happy Birthday.

But even that had been seven years before he turned up in New Zealand and despite the McCartney duet Ebony and Ivory and the hit I Just Called To Say I Love You, you had the feeling that Stevie's best days were well behind him.

His two most recent albums had been In Square Circle (which no one I know even knew about let alone heard) and Characters (which I only remember for the Contra-Gate political song Skeletons and the line, "someone done snitched to the news crew/and it's getting ready to break/you getting ready to lie").

So Stevie Wonder was coming to town, albeit for a brief new conference, and there was a sense of ho-hum among the gathered journalists, which included the customary contingent from women's magazines ready to ask inane questions about his love life.

I remember very clearly my back was to the door when he entered and a palpable ripple went through the room. It was as if a spirit had arrived in our presence and hushed us. It was something I had never experienced before, and have never felt since.

I turned and there he was, a smiling figure dressed what looked like a suit made out of one of those expensive bathrobes you always want to steal from flash hotels.

The press conference was the usual boring affair of platitudes, non-sequential questions and plenty of polite and deferential laughter. I can't remember which of the dumb questions was mine.

And within 10 minutes he was gone again.

He did return for the concert but I couldn't afford to go and if I remember correctly it was opened by Herbs and was a literal wash-out. The heavens opened and drenched everyone and it had to be called off. I think.

What I know however is that for a brief moment in my life I felt had been in the presence of greatness.

And he didn't even have a hit album.

What he said!! -- That very thing, that presence .. is Limelight. I felt it too, again, just by reading that. He was surely not "Little" Stevie by then either, but it carries a heretofore and a howsomever with it, now doesn't it? There's only one Stevie Wonder, and he gets to BE him!! What a magic circle. Great share! Tx. 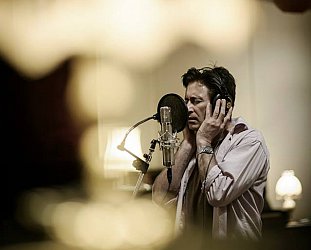