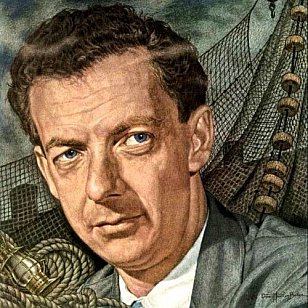 There's a wonderfully poignant tale about Benjamin Britten and (Sir) Michael Tippett. Britten, along with his long-time companion and inspiration Peter Pears, were both British pacifists and fled to America in early 1939.

Upon their return in mid 1943, they met the composer Michael Tippett, a conscientious objector who, two weeks later, was sentenced to three months detention in Wormwood Scrubs prison for failing to comply with his exemption conditions.

By chance, Britten and Pears gave a concert in the jail, and convinced the guards the music was so complex they had to permit Tippett onto the stage to turn pages for Britten.

What a curious and unlikely meeting place between two of Britain’s most influential 20th century composers!

While Tony Palmer’s 1979 doco about Britten, A Time There Was (Triton DVD) does not mention this particular story, there is a wealth of other material and footage that is fascinating.

The interviews with Britten's brother, two sisters, cousin, housekeeper, copyist, his musical assistant Imogen Holst, and his nurse are revealing, but perhaps most enlightening are the many interviews with the tenor, Peter Pears. In fact the majority of the film is portraying Britten through the eyes of Pears.

Through these interviews and other footage of Pears singing Britten’s works, it is clear they had a special and loving relationship, and their lives – domestic, professional and musical - were never spent apart from each other for very long.

Indeed, many of Britten’s works were specifically devised and created for the tenor voice of Pears.

Palmer's film follows a chronological line and examines Britten's “idyllic” childhood through to his death in 1976.

In 1924, Britten heard and was deeply impressed by Frank Bridge’s suite The Sea. This was the impetus for the 11-year-old to devote himself to music, and a few years later Bridge became Britten’s informal teacher and rigorously challenged the young composer – and not only musically. Britten later said Bridge had influenced him in many other ways, including his attitude to war.

The sequence relating to the opera, Peter Grimes, is particularly enthralling.

Somehow, with Britain at war and against all odds, the premiere was given in June 1944 at the Sadler Wells theatre, which had recently been bombed in an air raid.

Peter Grimes is classic Britten and perhaps his best work. The story echoes many of his ubiquitous themes – it reflects how Britten and Pears were part of a minority of pacifists in a world at war, and broaches the question of the individual against society and the theme of lost innocence.

Britten and Pears travelled to the East in 1955, spending time in India, Japan and Bali. The Japanese Noh plays and, more particularly, the Balinese gamelan became a source of inspiration to him. In his ballet, The Prince of the Pagodas, (1957), he uses virtually an independent and very gamelan-sounding percussion orchestra.

Another fascinating aspect of Britten’s work is his community spirit. He nearly always wrote for specific performers and performed in local halls and auditoriums as much as the large concert halls of London. He was unpretentious and unassuming; qualities which are not always shared with other creative geniuses.

His critics were often harsh, particularly with Billy Budd and Peter Grimes, but as is often the case, the composer and his music have lasted a great many more years than the critics. 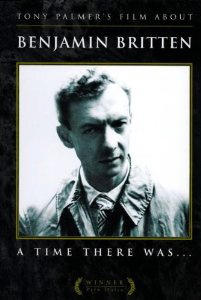 I have always thought of Britten as a very clever composer; that is, with the smallest and simplest materials, he manages to produce music of great complexity and intensity. It is an admirable quality in his music. This film broadened my perspective and gave me a deeper understanding of his creative personality.

It could also be enjoyed by a wider audience – it is absorbing, and made not only for musicians and composers, but for anybody who has an interest in an independent spirit trying to make sense of the world.

The search for lost innocence is a resonant theme for many people and analysing Britten’s life’s work in this light leads to a more profound appreciation of his music.

It is clear that for Tony Palmer, this documentary is a work of love. It is well researched and sensitively presented. By the end, the viewer feels closer to the spirit of Benjamin Britten, and has a sense of privilege at being permitted an intimate glimpse into the lives one of the most important 20th century musical figures.

Chris Cree Brown is an associate professor of music at the University of Canterbury and is a well-known composer who has twice been awarded the Mozart fellowship at the University of Otago. His website with his biography and an extensive list of his awards and compositions is here.