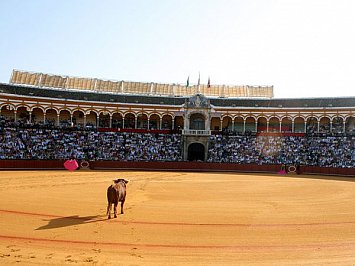 I left New Zealand just over a year ago. Probably permanently. And as I suspect is the case for many expats, moving overseas became an opportunity for personal reinvention.

Flying out of Auckland, I wasn’t going to Spain to reinvent myself. I was moving there with my Spanish wife, Yoly. But the temptation to start afresh is compelling. And moving so far from home is the ultimate chance to break with the past.

James Blick is a former New Zealander -- now based in Madrid -- who has made acclaimed short films and videos. He also contributes to this interesting website for information and comment about Spain and Portugal.

Great piece. I've had a similar sense of duality in Corsica. Interesting how we assume that, if we foist ourselves upon a place it will become us...
Good luck with the residency and the journey. I'm in the departure lounge again...
By the way, the aren't two yous in Spain; maybe you should be in Uruguay. Doh, that doesn't work either...

That's really interesting and would help us kiwis understand immigrants better; but don't worry I think one's true personality does show through even when language still doesn't do what we hope it will, it just doesn't show a few subtleties.