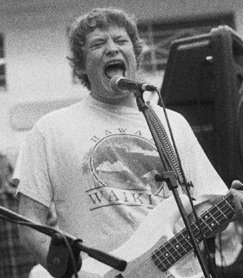 Between 1981 and 1991, photographer Jonathan Ganley was regularly taking photos of bands and gigs in Auckland. At first he concentrated on the big names of post-punk when they played here, such as the Clash, New Order, and The Fall, "and then I caught some of the first and second wave of Flying Nun throughout the rest of the Eighties".

"It had to be music that I loved, or I wasn't interested in photographing the band," he says "and in 2009 I began posting these photos on my blog, pointthatthing.com. I chose the name as a tribute to the Clean but also because it seemed photographically appropriate.

"I started photographing a few gigs again and continued to use my old Nikon F3 because I like the look that film creates. 2012 got off to a good start, with a Flying Nun retrospective at publicaddress.net/capture, some old and new photos appearing in VOLUME, and images of Straitjacket Fits and Fetus Productions appearing in the Penguin book Black: A History of Black in Fashion, Society and Culture
in New Zealand
."

He has just posted a series of photographs of Chris Knox's performance with the Rackets at Real Groovy on Record Store Day (see below) at pointhatthing.com

For this short 2012 photo essay for Other Voices Other Rooms, Ganley -- whose work was mentioned previously at Elsewhere here -- chooses the title Rock is Dead or So It's Said -- A Half Yearly Report.

January: Photo opportunity at the Big Day Out 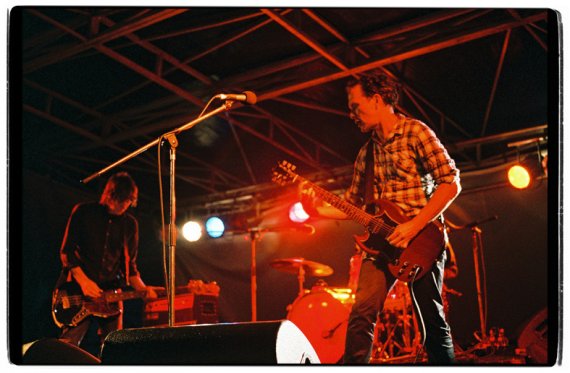 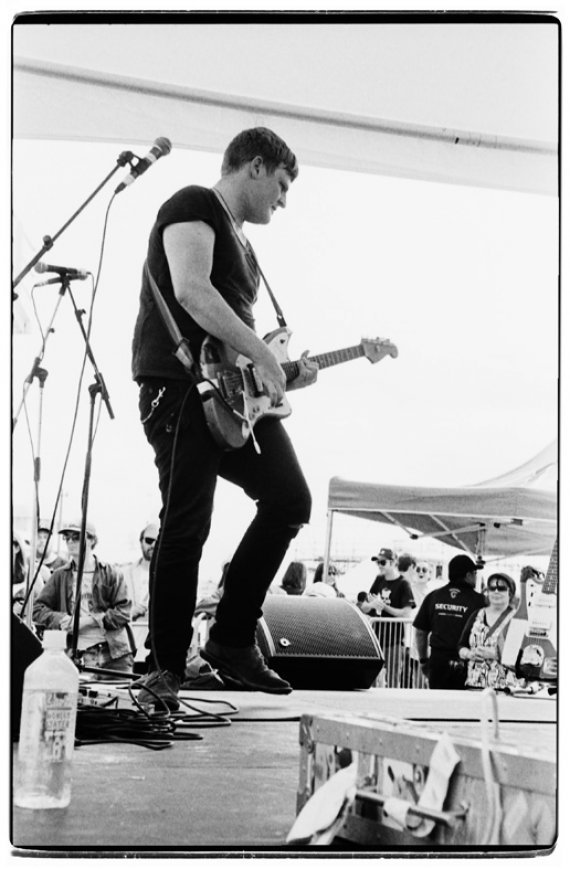 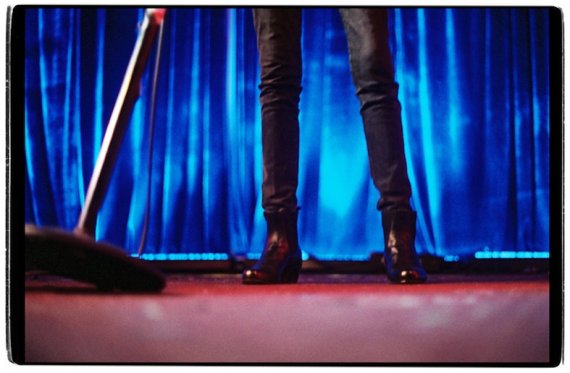 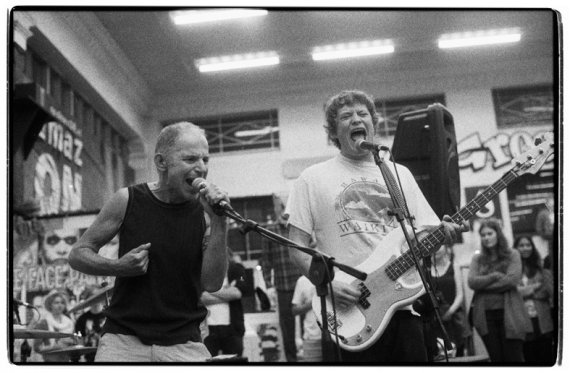