Musical prejudice or snobbery is always with us. Fans are forever dismissing whole swathes of music for reasons that seem ephemeral. A common one is it's popular; another one is it’s old.

The latter reason particularly grates. To dismiss as rubbish all music older than 10 or 20 years seems a tad rash when you consider that Neanderthal man carved flutes, oral tradition hands us down music three millennia old and tunes penned by Seneca are still performed today, nearly 2000 years since he first put pen to paper.

Modern music is but a nanosecond in the long history of humanity’s evolutionary urge to make loud noise.

Still, the oldies are just as bad. I grew up in a classical household and even as a youngster understood that liking 17th Century pop idol Monteverdi was a bit like thinking Neil Diamond is pure rock’n’roll.

Monteverdi’s music was simple and popular and therefore a bit embarrassing. Snobbery. It stopped me from ever buying his music. The first time I heard him was in June on Montserrat Figueras’ posthumous double CD, La Voix de l’Emotion (through Ode). 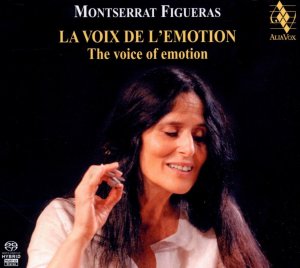 What a revelation is her version of Lamento della ninfa (Lament of the Nymph) with its outraged denunciation of the feckless and absent Romeo ripped straight from the pages of any pop tune from the past 50 years. I must buy some more.

The old classical music may be simpler (critics infantilise this music by calling it “early” music) but it’s a lot easier on the modern ear, particularly the way Figueras handles it.

The title of her career summation – Voice of Emotion – signals Figueras’ approach, one that set her apart from the classical establishment for most of her professional life.

She lets it all hang out. This is music that must, as Monteverdi himself wrote all those years ago, involve the deepest emotions and “move the whole man”. In fact, Monteverdi seems to be history’s first person to set down this cardinal rule of narrative song-writing: music must match the words. The Nymph’s Lament does and is another reason why people should forget about labels like “classical”. This is familiar music.

It’s set to a sparse arrangement – viola, cello, indeterminate stringed instruments and some call–and-response backing vocals. This stuff is not a million miles away from Elvis’ Sun Sessions.

Figueras was a remarkable artist – and not just for her musical activism and archaeology. (Her promotion of neglected female composers from the 11th-16th Century is an achievement that puts her in the same breath as Kate Sheppard.)

Hers is also an incredible voice and you can hear the artists’ intent in every song.

She is not just an interpreter. Figueras -- a Spanish version of This Mortal Coil's Elizabeth Fraser -- brings to life and makes relevant music that has not been heard in 1500 years. She makes it sound like yesterday.

There are a range of obscure writers here but, inevitably, some quick research reveals that the composer was known for their “intense expressiveness”.

Heavy rock fans should spend some time with Stravinsky's Rite Of Spring. The dynamics and the shock factor won't be unfamiliar. 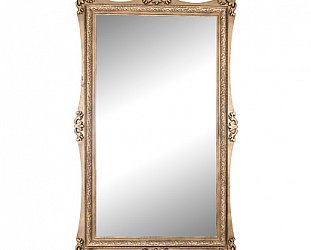