One of my favourite TV shows is The Big Bang Theory. Admittedly this could be a case of damning with faint praise.

Rising above the veritable array of “reality” TV shows that seems to make up the majority of prime-time viewing (involving food, alleged talent, or extreme inability to control a motor vehicle) requires very little effort.

However, I believe Big Bang is actually pretty good, regardless of the lameness of its competition.

For those unfamiliar with the show, it involves four archetypical geeks (ranging from the almost cool Leonard to the planet-brained and socially inept Sheldon) and their interactions with normal people, in particular Leonard and Sheldon’s pretty blonde neighbour Penny.

While I enjoy the show itself very much indeed, one of my favourite parts is the theme song, which is by the delightfully named Barenaked Ladies.

The version used on the show is of approximately twenty seconds, and in that time covers the history of the Universe according to the Big Bang theory. I should confess I only recently discovered there is a full version which, at 2:38, clearly gives a much more comprehensive summary of all of history. Goes to show – a little knowledge can be a dangerous thing.

Even in the case of the latter, longer version, to point out that this by necessity leaves out a few details is to state the exceedingly obvious, but in spite of this it paints a surprisingly descriptive picture of, well, everything. And it’s extremely catchy to boot – I’ve found myself singing “Neanderthals developed tools, we built a wall, we built the pyramids” ad nauseam on a number of occasions, not only immediately after watching the show.

One reason I like this song is that I have myself dabbled in writing songs to describe science like this, a brief summary of epigenetics. And the one at the end about the joys of eating fibre.

While I’m not able to comment in an unbiased manner on the relative merits of the songs themselves, I can categorically state that the production of my own is orders of magnitude below that of the Barenaked ones, and it’s also of a rather different genre, combining both kinds of music – Country AND Western.

However, in common is the endeavour to convey a scientific message in a catchy, musical form, which hopefully makes it more accessible to people who normally wouldn’t engage with science. And, as some people argue, scientists are not necessarily brilliant at clearly conveying their message.

In the interests of further researching the idea of Science and song, I consulted the Google oracle, and thus discovered this thing called “Geek Rock”. Who knew? The Big Bang Theory is just one example, and if you’re interested in finding out more, I would suggest this link for a quick read (yes, we have our own wiki!), and this Geek Rock site for a bit of a listen.

Now, while Geek Rock encompasses so much more (read into that what you will), there are clearly many of us out there – scientists, a.k.a. geeks, nerds, squints – who attempt to make science more accessible by combining it with a little ditty. As with many things, there is a huge variety available (both in content and quality), but in general I think that science as a song has a much better shot of reaching people than, for example, a journal article.

Are they targeting different people? Of course, but it’s always possible that someone who hears about some interesting new science in a song might want to read more about that subject, perhaps even the aforementioned journal article. For example, how many people who had previously never heard of the Big Bang theory (the idea, not the show) might now have done so because they heard that song? Hard to know, but I bet there are more people interested now that there were before the show ever aired.

Then, the thought occurred to me, is this good, bad, or indifferent? And what’s to stop any old crackpot ‘publishing’ their science on the web via song? Well, as with anything on the web – nothing. And the ability to publish in many other formats has been about for quite some time anyway. However, I would argue that presenting science as a song is a great way to reach a wider audience, which in itself is a good thing.

This should not detract from the quality of the science, and while the way the message is conveyed can have a major bearing on how successfully it is distributed, the message itself should still be of value. Using the current example, a great song about great science is what I’d support. A great song about poor science might reach a lot of people, but subject of the song probably isn’t worth the time to listen. And a rubbish song about great science won’t reach many people because who wants to listen to a rubbish song?

So, where does this leave us? Am I over-analysing?

Almost certainly, and not for the first time! What is it that I’m trying to say here? 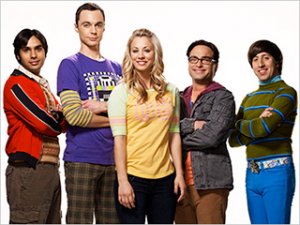 That science has made a major contribution to human society, and will continue to do so. That it is often not communicated in a very accessible fashion. That putting science to song is one way of getting it across in a very effective manner. And that having the message attractively wrapped (as it were) shouldn’t be an excuse not to have first-rate science as a subject matter. In short, write a catchy song about some high quality science and you might be onto something.

And if you think this is all a bit serious, you can of course just watch the Big Bang Theory (the TV show, although if you have a way to watch the actual Big Bang, please do let me know), enjoy the catchy theme, and laugh at the show.

After all, if we can’t have a bit of fun, then what are we here for?

Matthew Barnett arrived in Oratia, West Auckland, at approximately 5 weeks of age, and other than about three years in Hamiltron (the city of the future), three months in Tirau (amongst the giant corrugated animals), and a few months in Epsom (darling), he has been blissfully happy living there ever since. He has worked in biological research (either studying, or actually being paid!) since 1996, and has also dabbled in music, playing in a variety of bands, most notably Leonard with whom he blew his savings recording two EPs and an album which he still loves to listen to. At least four other people have also listened to these recordings. Primarily strumming the geetar (although also known to tootle on the flootle), he has more recently made a few attempts at singing songs of science to try and spread the word in a more accessible manner.

In spite of the ridicule, he is happy to admit that his favourite ever movie is The Sound of Music.

Science-based rap. GRAHAM REPLIES: Thanks for that, and for drawing attention again to Matthew's excellent and funny article. 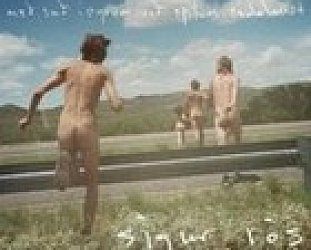