Much of the hoopla surrounding Anatole Litvak’s 1948 drama The Snake Pit focused on the treatment of its subject matter.

It was one of Hollywood’s first attempts to tackle mental illness sympathetically, backed by extensive background research and a sincere performance from lead actress Olivia de Havilland as a young woman institutionalized after a nervous breakdown.

And the movie was big news, praised as a realistic groundbreaking drama and a critical and commercial success, picking up Oscar nominations, awards from the Committee of American Psychologists and landing in the top five highest grossing movies of the year.

But that was a long time ago and much of the apparent realism and topical shock value doesn’t seem like such a big deal now.

Set in the overcrowded women’s wards of a state mental institution, we follow newly wedded writer Virginia Cunningham (de Havilland) through the long process of reclaiming her sanity battling grim hospital conditions, vindictive nurses and her own dysfunctional mind.

But it does make sense to Virginia as she uncovers the origins of her illness buried deep in her subconscious.

The symptoms of Virginia’s buried trauma manifest in what Kik terms as Virginia’s rejection of her husband’s love, Virginia forgets her him, their marital status and brushes off his attempts at affection.

Which sets up the question: will Virginia come to her senses and accept her husband? Although 60-plus years since the movie was made we could interrupt the question a little differently and wonder why it is so important that Virginia’s recovery hinges on the acceptance of her husband.

Couldn’t she just get better and go it alone?

This is a film that doesn’t have a singular identity, a socially conscious drama and a melodramatic romance, employing several different methods to get the story across. The details of daily life in the institution; day rooms filled with noisy patients marshaled by battle axe nurses, the cramped makeshift night dorms and the bad food, are filmed objectively, without too much fuss.

By contrast we also get highly emotive scenes shot from Virginia’s point of view, dramatically ramped up with shrieks of music. But things get really weird with two surreal scenes that attempt to convey images from Virginia’s mind, which in retrospect, feel like strange inserts from another movie.

Although, there is no denying this was a well-intentioned movie that tried to portray the ticks and nuances of mental illness correctly.

Litvak, de Havilland and writers Frank Partos and Millen Brand spent a three month preproduction period consulting psychiatrists and taking observational trips to institutions. And de Havilland for her part drabbed-down in holey dresses and stockings, forlorn hair and no discernible make up. And detailed her performance with fidgety hands and an expressive face, and she conveyed

Virginia’s fleeting emotions with a voice that goes from a girlish chirp to an assertive growl within the space of a sentence.

And regardless of what did or didn’t work in this drama, Virginia is still a character, who you care enough about to stick around till the end of the movie, to see how she fares. 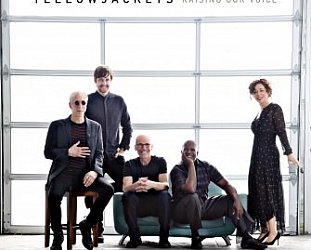 LA's Yellowjackets have been making a kind of fusion jazz – sometimes erring towards MOR jazz-lite, less frequently to a more soul/r'n'b sound – for well over 30 years and have... > Read more 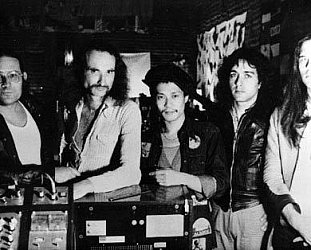 By definition most people miss cult acts. And to their tuned-in loyalists that makes them even more special. There is nothing like the whiff or martyrdom, or being ignored or misunderstood, to... > Read more