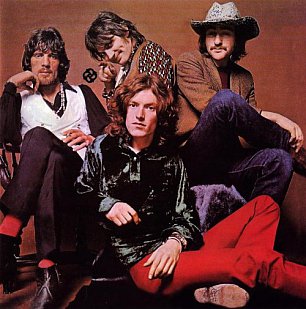 Leaving school in the summer of 1966, I started and finished more than 25 different jobs before the end of 1970.

I tried selling ice-creams at London’s Victoria Coach Station, stacking bath crystals in a London warehouse, working in an office for a building firm, machinist in a furniture factory, gutting fish at a fishmongers, digging roads for the council, driving an ice-cream van, hiring out motor launches on the Thames, wages clerk for an electrical company, working in a chip shop, labouring on building sites,  a bricklayer for three days before the foreman realised I hadn’t a clue, folk club organiser and performer . . . and four hours as a machinist at an engineering factory.

This was a time of plenty, employment opportunities were bountiful, choosing not to work was acceptable to our peers, if not our parent’s generation. My many job opportunities never lasted for long, and I was never going to be promoted within the same company.

At the behest of the Department of Labour, I gained employment at Coxhead’s Electrical. The company had branches around Oxfordshire, Berkshire and Buckinghamshire, and one of my employment periods was with Coxhead’s for a few months.

The year was 1967. San Francisco hosted the Summer of Love, and the cultural fallout from this major youth and cultural revolution was being experienced in rural Berkshire.

Colour television was new. There was tremendous demand for these must-have appliances. Too expensive for most people to purchase outright, renting proved a popular option.

One morning in 1967, Steve Winwood entered Coxhead’s. He had recently left the Spencer Davis Group to form Traffic. The band had rented a cottage on the Berkshire Downs, a few miles from Wallingford.

I recognised him immediately and, without wanting to look too star-struck, ambled up to him to ascertain his requirements.

It became clear that he wanted one of those new colour TV’s. I guided him round the showroom, stopping in front of one of our larger screens. The deal was done. The TV rented for 12 months at a cost of seventy-five pounds and five shillings.

Most people would want to pay in monthly instalments. Steve didn’t have cash on him (long before the days of credit cards) and we agreed that I would collect c.o.d.

My overweight manager was apoplectic when he learnt of this arrangement. Company policy was that payment and contract signing were required before delivery. The body-odour from the fat-man-in-an-ill-fitting-suit was rank. A heart attack was imminent. I ignored the possibility and loaded the set into the delivery van. On this sunny Friday I drove to Aston Tirrold to deliver the colour TV.

I believe Mark Knopfler later wrote about this encounter.

At the cottage, I unloaded the van and carried a very heavy TV through the front door. Setting the appliance down at the chosen corner of the lounge, removing an electrician’s screwdriver from my pocket, I diligently tuned and set-up the TV ready to receive all three channels available.

I looked up. The numbers present had swollen and all were sat looking at this new technology, waiting for their first glimpse of colour pictures on a television screen. Steve Winwood came over. We sat at a table, a glass of beer arrived for both of us and he signed the rental contract, handing over four £20 notes.

"Keep the change,” he replied.

It got better. “We’re having a bit of a party” said my new friend. “Do you want to stay?”

I explained that I had to return to the shop, park the van and hand over the cash to my manager.

"But I can get back later, Steve,” confident enough now to use his first name.

I drove that red Escort van as fast as I could from Aston Tirrold along the ‘B’ roads of Berkshire to Wallingford. Parked the van in the yard, ducked into the chippie to change a twenty pound note, entered the shop through the back entrance and threw £75-5s-0d into the till, telling the boss that I would be in at 8.30 the next morning to open up.

Rushing home on my Lambretta, I changed into my best scruffy clothes and took off back to the cottage, stopping only to pick up a mate to act as my witness to what I had achieved that afternoon.

Friday evening turned into Saturday morning, Saturday morning became Saturday night. I was in a paradise, rock stars a-plenty, music playing from the assorted collection of guitars and other instruments.

Probably there were drugs involved. I left the party late into Sunday evening and never did find out who opened the shop on Saturday.

Needless to say, another employment opportunity was closing. Did I care? I was friends with Stevie Winwood. I had partied with Traffic. I had met Led Zeppelin, even got to one of their parties later that year in Pangbourne.

Shortly after this experience, we were organising a gig with local band the JB Roadshow headlining. I met Stevie in town and, over a coffee, told him what we were up to. At this time Traffic had yet to perform live.

How about we come and play as support?” Stevie asked. “You can’t advertise it, but we’d love to use the opportunity as a rehearsal.”

Posters had just gone to the printers. “Stop Press!” There was an addition to be made to the line-up! “Plus Surprise Guests” was added to the poster.

Traffic’s first live gig was played at the Masonic Hall, Wallingford and I was involved in a little piece of Rock History.

A week or so later, Joe Cocker rented a cottage on the Downs. Close neighbour Stevie Winwood sent Mr Cocker to Coxhead’s for a colour TV.

I believe Joe may have been my last customer before another Sixties rock party had the pleasure of my attendance. I never returned to the fat manager’s employ, having discovered that he had been pocketing all of the commissions earned on the many TVs and appliances sold during those few months.

Rob Southern went on to gainful, longterm employment in mental health in Britain and eventually became a special advisor to the government. He counts among his friends many UK folk musicians and is an expert on morris dancing. These days he and his wife run the boutique luxury Waoku Lodge near Raglan which Elsewhere recommends. For more on that see their website here.