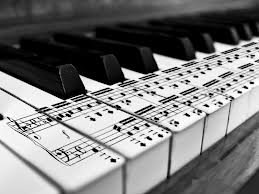 If you’re familiar with other books in Awa Press’s Ginger Series, you’ll be familiar with the ‘How to’ running motif. How to Look at a Painting, How to Gaze at the Southern Stars, How to Drink a Glass of Wine.

These aren’t dummies’ guides or beginners’ textbooks. They are curious hybrids, partly autobiographical and partly tongue-in-cheek accounts of an author’s particular passion.

As for my book, How to Hear Classical Music, if I thought I could answer that question in one single word, it would be this, ‘however’. But not a careless, blasé ‘however’, a ‘however’ that lazily rolls of the tongue.

My ‘however’ would embrace potential and change; it would inspire the taking of risks.

I'd like to give you an idea of what my book is about, the aims or intentions I had when writing it; a few things I learned along the way, and some of the challenges I faced.

For those of you who don’t know, I work at the School of Music, part of the University of Auckland, as a Senior Lecturer. I teach courses in the history, theory and analysis of music, with a special focus on twentieth-century topics. My own research (of course, we all conduct research, as well as teach) is historical in nature: I work on early twentieth-century French music and music criticism.

My academic role actually inspired me to write this entirely non-academic book. In fact, one of my beloved colleagues back in the UK actually urged me not to write this book. He said, bless him, that the book would take too much time away from my ‘real’ work – that is, writing scholarly articles, giving talks at academic conferences. But I felt differently: I wanted to find a public voice, to communicate to a wider audience, and I wanted to become something of an advocate for classical music in this day and age. 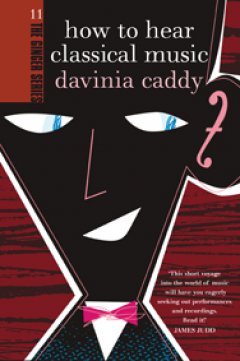 There’s another reason I wanted to write this book. Like I say, as a music historian – a ‘musicologist’ in academic speak – I spend hours thinking, talking, debating and writing about classical music, trying to convince other people, including some of my students, of its virtues. Yet I sometimes struggle to reconcile the work I do with the music I hear. I forget to register the ground-level experience of classical music, of what it’s like to be seduced by a really good piece.

So this book provided me with an opportunity – or two: I could reconnect with the classical repertoire I loved yet felt strangely removed from; and I could lend my own voice, my own opinions, to a public debate about classical music, its role and purpose today.

This brings me to my aims when writing the book, the principle one of which, somewhat twee, was to “think positive!”. In this day and age, of course, you don’t have to look far to find someone or something in trouble. The media chatter endlessly about social strife and tightening belts. Television indulges prime-time torture, seeming to celebrate nightmare scenarios (Air Crash Investigation, Motorway Patrol) and disaster-prone heroes (Rick from The Walking Dead, Patrick Jane from The Mentalist).

Books can be especially tortuous. Spend ten minutes in a library and you’ll find a din of misery, from no-nonsense explanations of the economy (Meltdown, And Then the Roof Caved In), to political diatribe (Culture of Corruption), environmental crusade (Dire Predictions) and wrong-footed self-help (This Is Why You’re Fat).

Books about classical music are no exception. I’m not talking about the theoretical, technical ones: those, perhaps inevitably dull and dry, that teach you how to read music, how to understand its admittedly complicated system of signs, symbols and curious-looking squiggles. I’m talking about recent titles that whiff of desperation, that seek – intently, desperately – to defend classical music against the perceived evils of the modern age.

These books tell us – they lecture us, it seems – why we should be paying more attention, closer attention, to classical music, why this music deserves our respect and reverence, and why we musn’t let social media, cinema and so on tarnish the music of the Great Composers.

But what if we were to push a different line, to swap the sermonizing for something more celebratory and hopeful? What if we looked out across today’s classical music scene and applauded what was going on? And what if we focused on precisely those things and factors that the other books so maligned: the influence of technology and mobile music gadgets, the challenge of popular music, the ubiquity of so-called armchair or easy listening?

This became my intention: to see how classical music was faring in 2013, in a world of frenzied face-book updates and wireless wizardry. I wanted to investigate what classical music means to listeners (and to non-listeners) today, to see if its stuffy image and supposedly high-brow snootiness is still live and kicking.

Think of all those string quartets hired to play Mozart at weddings; think of all that Mozart pumped around office buildings and elevators; and think of poor Mozart and the new Citroen ZX, as in a recent TV advertisement. This last example may be thought an anomaly: here we have classical music reaching out to the masses, bumping heads with popular culture, technology and cars. But, and even so, the music is still being using to convey the same cultural connotations: power, prestige and privilege. And these connotations – this invested elitism – can only but marginalize the music itself.

For elitism leads to exclusionism; practice one and you practice the other.

It was this elitism, then, these blinkered views, that I wanted to challenge – or, at least, to chip away at, to find places where the blinkered logic might crack or crumble. So I wrote this book. I like to think of it as a decidedly personal account, perhaps even a personal campaign against the culture of classical music that many of us have inherited from the past. But I try not to moan or grumble, instead, taking my hat off to the wide-ranging and quite remarkable things that are happening to classical music today – in city streets, in the cinema, on the phone, on handheld technological gadgets, in medical amphitheatres and even in the more traditional venue of the concert hall.

Classical music is also, believe it or not, good for your health. According to researchers in Florida, a daily dose of classical music can reduce chronic osteoarthritic pain in elderly patients. A team from Michigan State University has reported that the classical repertoire can increase blood levels of interleukin-1, an immune-boosting protein that protects against viruses and cancers. At Stanford University, scientists have shown that musical training can help children with learning disabilities to read and process spoken language more efficiently.

And over at the Duke Cancer Center in North Carolina, medical practitioners have used classical pieces to help reduce anxiety in patients undergoing prostate biopsies.

This is all very exciting. Classical music, it seems, can help spread happiness and joy. It can be a learning aid and a pacifier, a means of pain relief and disease prevention. It can even work its magic on Freisian cattle. According to psychologists at the University of Leicester in the UK, cows exposed to Beethoven’s ‘Pastoral’ Symphony produce more milk than those cooped up in silent cowsheds.

But let’s not get carried away. As many a fan will attest, classical music isn’t all sugary sweet and easy on the ears. And classical composers aren’t all happiness gurus. Indeed, many have been quite disturbed. Anton Bruckner, for example, had a morbid fascination with dead bodies – some say he was a necrophiliac.

But what this medical research can offer is another take on classical music, another chance to ponder afresh its values, meanings and functions, to re-envisage what this music can do for us, make us think and feel

The doomsayers may tell you that classical music is (at worst) dead or (at best) dying, of little relevance today.

But look around, look into medical laboratories, opera houses, city streets composers’ studios, even concert halls, and you’ll find plentiful evidence to the contrary, evidence of classical music’s ever-present if ever-changing function in our fast and frenzied world.

This is an edited version of a talk Davinia Caddy gave at the University of Auckland's School of Music on September 9, 2013 at the launch of her book.

How to Hear Classical Music by Davinia Caddy is published by Awa Press and available at all good bookstores, and online at awapress.co.nz: $26