For a business built on drama, this year's Oscars were singularly undramatic to the point of being tediously predictable.

By a combination of timing, networking, collective guilt and America's love of self as much as some kind of redemptive conclusion, the winner for best picture was always going to be 12 Years a Slave. But, as with Lincoln the previous year, this was a film – a very good film it must be said – in which America was talking to itself.

One film which was exceptional but never quite got in the running starred a frequent Academy favourite Tom Hanks. Perhaps because Hanks has a wardrobe full of statues, the voting caucus didn't see it his way but the movie in which he turned in a visceral performance barely caused a ripple.

That film, Captain Phillips, was one of the most emotionally tense and gripping films of last year and I recall walking in knowing the running time yawned past the two hour mark. 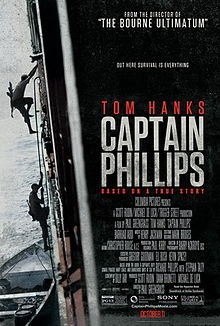 It went by in, I was going to write “the blink of an eye” but this was a film you watched wide-eyed and fingers dug deep into the armrest.

It is based on the true story of a vessel hijacked by pirates off the Somali coast in 2009, and that's perhaps all you need to know. Except that throughout your sympathies may shift from the American captain (Hanks) to those of the pirates whose world seems so irredeemably hopeless and brutal that hijacking a large ship for the millions in ransom money makes decent sense.

It is out now on DVD (through Sony) and I highly recommend it, but so too is A Hijacking, a Danish film from last year which – nominally – has some similarities.

But where the action and tension in Captain Phillips takes place aboard the ship, in A Hijacking there is as much tension in the boardroom of the ship's owners as the company director tries to negotiate the stormy waters of corporate capitalism as much as broker a deal with the pirates. 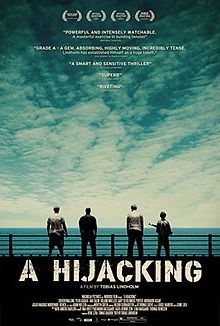 A Hijacking (Madman DVD) is an extraordinarily taut film by then 36-year old director Tobias Lindholm (only his second feature) who keeps the camera close on the two main characters, the company CEO (played by a buttoned-down Soren Malling, familiar from the Danish crime thriller Forbrydelsen) and the cook on the ship who is the go-between for the Somali pirates.

As with Captain Phillips, that is all you need to know. To tell more would be akin to one of those appalling “spoiler alert” phrases which punctuate so many film reviews these days.

But as with the best thrillers -- Steven Spielberg's Duel is another in this manner -- the terror which arrives comes out of what should be routine circumstances and even mundane.

What these two films also have in common however is not just the broad idea of hijacking at sea, but how remote, isolated and helpless vessels at sea actually are.

Some years ago I went on a short voyage around the Pacific. At least that's how I might, over a dinner table, describe my six or seven days floating about on a cruise ship.

But in truth, when I chart the course on a map, I went around the smallest corner of a vast and often featureless seascape that is the Pacific. Islands with human habitation were far beyond the horizon and if anything had happened by way of a fire or accident, we would have been totally helpless out there as we waited for help to arrive in time. If it ever did. 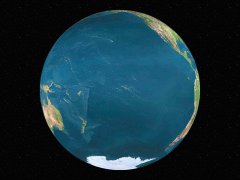 The oceans of this planet are so enormous you could look at Earth from space and barely see a piece of solid land. You can lose a huge aircraft out there, as we now know. Yachts go missing with considerable frequency.

And even if you are close to land – so close that pirates in high speed boats can be upon your huge ship within hours – you are still very much alone.

That is also what Captain Phillips and A Hijacking are about, that remoteness – physical and emotional – and a powerful feeling of helplessness which comes with being at sea.

And then you add in that off the coast of Somalia is one of the most dangerous shipping routes in the world because of imminent attack from pirates . . . and you have two films which will have your fingers digging deep into the arms of your sofa.

Owen Wood describes himself as such an occasional writer that he can't recall much published between '84 and 2004, says he prefers television programmes with real actors rather than reality people, orders real ale over red wine, and promises faithfully to get a Facebook and Twitter account as soon as he thinks of something worth saying. He has no website but does have a large library and, "No, I don't live at home with my mother".

His previous contributions to Other Voices Other Rooms are here.