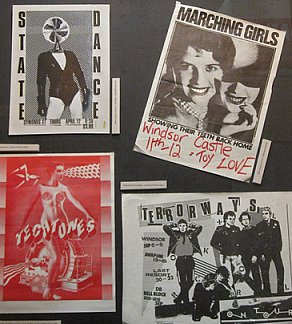 I was born in Grey Lynn, spent much of my boyhood in Ponsonby and following my high school years in Hamilton, returned to Auckland in the late Sixties.

There was plenty going on around the city as one decade turned into the next and the lure of live music was ever-present. I did a little writing for various papers and magazines, mostly record and concert reviews, and made the rounds of record companies to wheedle out review copies of albums while driving a van for a paper merchant in Parnell. 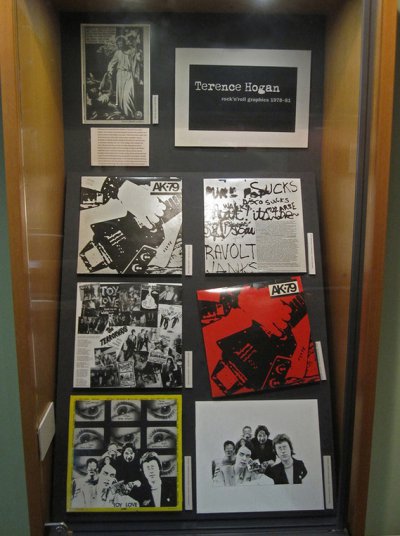 In the mid-Seventies I got a job at WEA Records in Federal Street.

The initial work of packing orders in the warehouse slowly transformed into a role in promotions, producing monthly release sheets and other ephemera. With no training or experience in design and printing, I learned a lot in a hurry and tried hard to make myself indispensable.

The Auckland music scene went up a gear going into the late-Seventies, with no shortage of gigs and good bands.

On so many Saturday afternoons the Windsor Castle was just a great place to be, noisy and fun, while venues like Zwines, XS, the Gluepot and others all had their own feel. Independent record labels soon emerged, giving local bands a way to get on vinyl quickly, while the spark was still there. 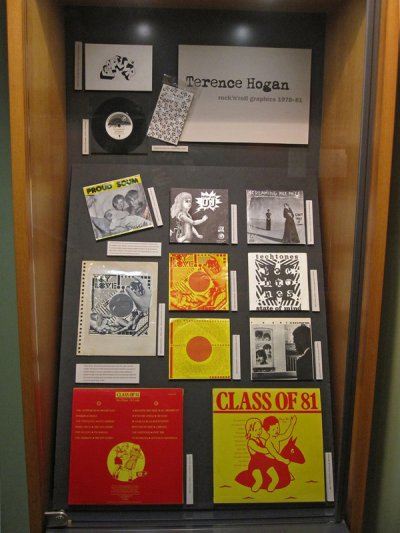 I think it was Simon Grigg who first asked me to do a poster, for one of his State Theatre concerts featuring Johnny and the Hookers and Toy Love, a band I was becoming closely involved with.

I used a collage I’d done a few months earlier, people seemed to like it and I got asked to do another one.

Over the next couple of years I worked on a number of street posters and record covers, mainly for Simon’s Propeller label and Bryan Staff’s Ripper Records.

A selection of these pieces form the bulk of this show, along with some related work from my time with WEA, who had unknowingly made a major contribution through the company’s account at a bromide studio across town.

It was all done on a fast and friendly basis and the results were mixed, but with a few things that really worked and still surprise me a little, knowing the circumstances under which they were done.

By April ’81 I was in Melbourne, entering a new life and a deeper involvement with graphic design, encouraged in many ways by the pleasure I’d got from this sort of work in Auckland.

And although I never imagined that one day I’d be asked to dust them off for display, I’m very fond of this motley bunch of items both for the life and times they represent, and for helping me see at the time, certain possibilities for the future.

Terence Hogan's exhibition rock'n'roll graphics 1978 - 81 is at the Auckland City Library until July 12. For further information on the exhibition and Terence Hogan check his website here.