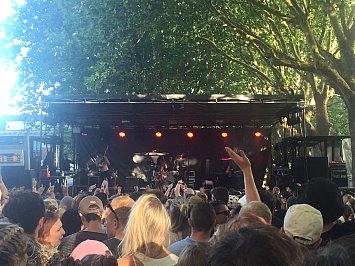 Despite the high caliber of both local and international acts gracing the St Jerome’s Laneway Festival in Auckland on it’s Anniversary Weekend, the true star of the festival was none other than the exquisite backdrop that was this year’s venue: Albert Park.

Festival-goers were treated to a perfect summer’s day under sweeping greenery and most importantly, shade. Whilst the Silo Park venue of previous years held its own charms, the shift to Albert Park proved an inspired choice and made for a much more comfortable, less sunburnt/brain frying experience.

With four stages spread along the outer banks of the park, attendees enjoyed the best of both worlds: short scenic strolls between stages with surprisingly minimal sound spill crossing over to other zones. Food and alcohol vendors boasted impressively diverse options for all dietary inclinations, as they lined Princes Street leading festival earlybirds to the first local act of the day: Auckland’s own Fazerdaze. Sporting a cap emblazoned with the word “RESIDENT”, Amelia Murray of Fazerdaze embraced her standing as a homegrown opener to the festival and put on a cool, calm and dreamy indie-rock performance to ease in to the afternoon.

A short walk led me to the Rotunda Stage, where a seat on the grass in the shade seemed the optimal spot to take in the sweet country stylings of Australia’s Julia Jacklin. It also proved a prime location to observe the curiously diverse crowd filtering into the venue, from the extremes of glitter adorning 18 year olds to double denim loving men and women well in to their 60s and every slightly less stereotypical variation in between.

Whilst the Chills seemed to pull a majority of the older crowd, music lovers young and old proved that a classic Kiwi band could still bring some very unlikely groups together. 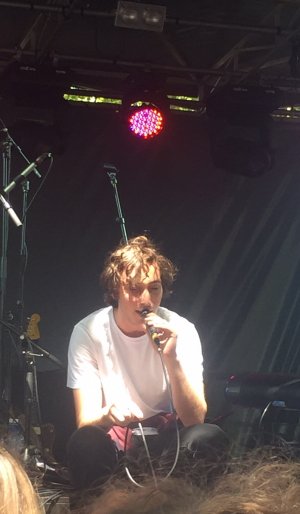 As a huge fan of the 2016 album Light Upon The Lake by USA “country soul” group Whitney, it did not come as much of a surprise to me that they were one of the highlight acts of the day. I had my reservations prior to the performance, skeptical that the atmosphere of the album recordings (and indeed the eccentric vocal tone of vocalist/drummer Julien Ehrlich) could be recreated that accurately in a live setting.

I situated myself up the front of the smaller Thunderdome stage and Whitney proceeded to blow expectations out of the water. It must be noted also that the retro-folk style of the music is certainly not for everyone, yet they drew a sizeable and hugely enthusiastic crowd.

An absolute class act, I would watch Whitney’s set tomorrow again if I could. 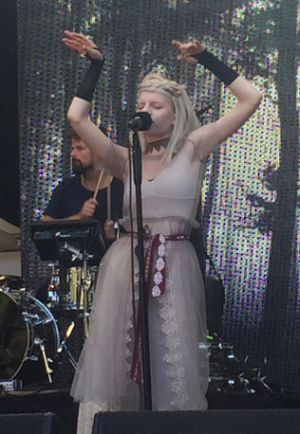 Another true stand-out of the festival was Norwegian singer-songwriter AURORA. A commanding presence in such a small frame, AURORA’s quirky movements and facial expressions (that could easily come across as overly dramatic or tiresome coming from another singer) were captivating and held my attention throughout the set.

Despite technical difficulties, AURORA and band delivered an impressive alt-pop set with the 19 year old frontwoman emanating likability as she humbly apologized for the wait due to technical difficulties and thanked the crowd with genuine feeling - even going so far as to reach for CDs two eager audience members wished to pass over the fence to her at the conclusion of her performance.

Considering the only technical difficulties were a late start for AURORA, a slight cut out in Clams Casino and a small microphone issue during the first song in Nick Murphy’s set, it seemed the technical side of the festival ran fairly smoothly despite the drastic venue change and scale of the set ups on stage.

Synthesizers stacked on synthesizers, elaborate drum set ups and complicated guitar rigs; a lot of opportunity for issues to arise yet very little were encountered (or rather, so it seemed from an audience perspective).

Heading in to the late afternoon, r'n'b fusion songstress NAO brought a refreshing shift in genre and had thousands dancing down at the Thuderdome stage despite limited visibility towards the back of the crowd.

The East-London born singer-songwriter somehow delivered a near flawless vocal performance whilst feeding a great deal of energy back to the crowd - dancing enthusiastically around the stage and initiating audience participation throughout.

A slick band and seasoned performer such as this sure makes it difficult to leave in the middle of a set, leading me to abandon my plans of skipping out to see Glass Animals and staying for the entire performance.

NAO kept the audience hanging on until the last song to play her big hit Bad Blood, proving she’s got the smarts to draw a crowd and keep them entertained until the very end.

Despite missing the window of opportunity for a close view of Glass Animals, the edge of the rotunda-turned-sound desk proved a great lookout to watch from afar as the band gave an energising, pop-hook infused performance to a crowd now significantly larger than those from earlier in the afternoon.

Rolling into the tail end of the day the crowds had grown by a substantial amount as the festival began to gear up for the headlining acts. With various routes to any given destination in the festival and the strategic placement of stages on large grass embankments, Albert Park remained a perfectly comfortable venue despite the immense volume of people.

Passing through the Fountain Stage zone where energetic alectronica DJ Floating Points was playing to a strangely stagnant crowd, I headed to check out the much-anticipated Nick Murphy a.k.a. Chet Faker. After a couple of songs I found myself slightly underwhelmed by Murphy's lacklustre stage presence - especially given the level of hype surrounding his appearance at Laneway - and ended up at the front of the Flight Facilities show instead.

Not my usual cup of tea, but I found myself in the most enthusiastic, fun-loving crowd of the night. Playing on the aeroplane theme (which albeit slightly gimmicky actually worked very well), Flight Facilities put the kind of effort into a DJ set that had me enjoying it more than most others with one guy behind the decks and a few strobe lights.

Bringing out guest vocalists, developing on a central theme throughout the performance, making use of an interesting stage set and intricate lighting displays, Flight Facilities were the gem of Laneway I never expected to love. 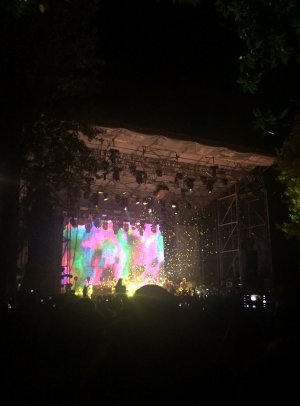 Headliner Tame Impala rounded out the day delivering an incredibly slick performance with thousands packing on to Princes Street to catch a glimpse. The hypnotic visual and lighting displays gave the crowds at the back something to watch as the musicians began to resemble ants in the distance, and proved a great way to end the festival with hordes of people making the slow descent out of Albert Park as the generous volumes of confetti settled.

Although Laneway seems to still be finding its feet in terms of lineup, genre and artist diversity and general standing as a festival, the new venue at Albert Park was an ideal match and made for an incredibly enjoyable day - fair to say it has found it’s home in Auckland for the years to come.

Shani.O is a musician/songwriter/performer who has just completed a B.Mus in Popular Music Studies at the University of Auckland. She has previously written EP reviews for Elsewhere here. 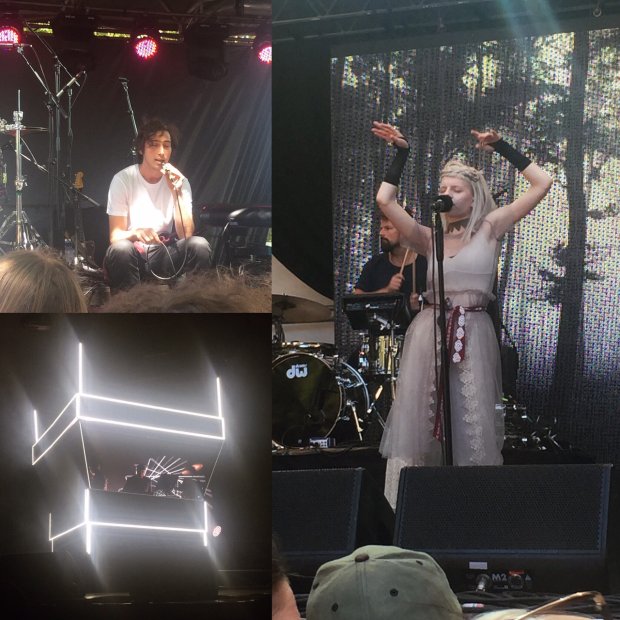