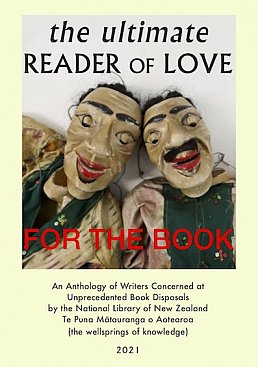 Mass book disposals are being carried out by the National Library of New Zealand/Te Puna Mātauranga o Aotearoa (the wellsprings of knowledge).

If allowed to continue, a fine research library will be gutted.

This will deprive New Zealanders of a research portal to their roots. Scholars will have no access to published studies about the rest of the world. Future decision-makers will be denied studies about international reforms, social progress, historical understandings, the heritage of literature, philosophy, linguistics, communications researches and political diagnosis.

So far 640,000 books have been earmarked for disposal.

Every week thousands of books are vanishing, stolen from the people of New Zealand. It defies all reason. It defies comprehension. It isn’t as though our country has no space for these books – there are buildings where they might be stored, and which might be called on; other research libraries do this all the time.

The writers in this anthology feel strongly that these disposals must immediately cease. Since the minister in charge is now the only person who can lawfully and openly stop them, please voice your concern by writing to her. A prepared form should appear if you click on the following link:  Jan.Tinetti@parliament.govt.nz

Our project is The Anthology of Love for the Book which brings 52 promising young poets, prominent journalists, and several time-honoured poet laureates, winners of Prime Ministers Awards and Robert Burns Fellows together for a massive Hui.

All the writers share deep concern at continuing disposals of books at the National LIbrary of NZ.

We remind you, every week thousands of books are vanishing.

Among the writers are Dame Fiona Kidman, herself a former librarian; C.K. Stead, perhaps the most respected literary figure in New Zealand; David Eggleton, poet laureate; current Landfall editor Lynley Edmeades; and Associate Professor Peter Simpson, who has written a special essay about Colin McCahon's use of libraries.

Richard has written a poem about a book by NZ legend Bill Pearson "found sleeping rough between copies of 70s romance novels".

Brian Turner and Cilla McQueen are there. Cilla remembers the fight to save Aramoana from a proposed smelter some years ago.

Graham Reid writes about his childhood reading delights. Fellow Aucklander Anne Kennedy has penned a poem of outrage. Auckland Professor Lisa Samuels offers a skipping poem 'The Archive Bird', yet another work specifically for this collection.

Other Aucklanders include Michael Morrissey (editor of The New Fiction), Dr. Jack Ross (Massey University), and Richard von Sturmer, author of the well-known satirical song 'There is No Depression in New Zealand'.

Jeffrey Paparoa Holman tells of a writing class for inmates at Paparua Prison. All the cities are represented, as well as regions North of Auckland and West of the Southern Alps. There is a vast array of local and national talent, a beautiful work of love for the book and of regret at the disposals happening.

A printed version of the Anthology can be picked up this spring in hundreds of cafés around New Zealand, thanks to Phantom Billstickers, NZ's #1 conveyor of events information to the public.

More about that once the blossom is appearing on the apple and pear trees. 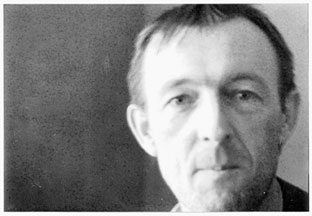 Bill Direen is a much respected poet-musician whose work under various guises has appeared frequently at Elsewhere.

He edited the trans-cultural literary and arts magazine Percutio from 2006 to 2017. In 2010 he was the Creative NZ writer-in-residence in Devonport, Auckland.

He has written numerous books in many genres, and done much the same in his lengthy musical career. 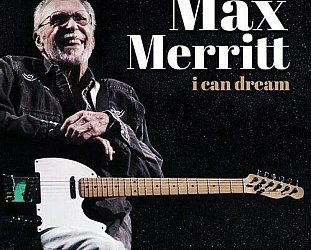 When Max Merritt died in LA just weeks before his induction into the New Zealand Music Hall of Fame last year, it reminded us of how that first generation of local rock'n'roll stars was passing on.... > Read more