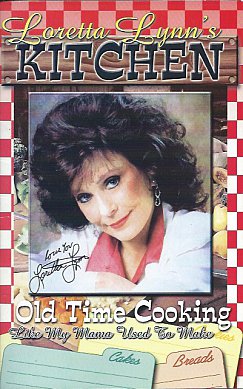 Some too-many years back we were driving across the States and found ourselves drawn towards Loretta Lynn's former home -- an ante-bellum mansion of the kind she described as like something out of Gone With the Wind -- which is at Hurricane Mills in East Tennessee.

It was strange but compelling place -- Loretta no longer lived there of course. But like Graceland it was a pilgrimage point for the faithful and my story about it, which is here, began, "The ugliest baby I ever saw -- a pug-faced killer with malevolent eyes - was at Loretta Lynn's place. Then again, there was plenty of ugly, kitschy, evil and just plain tacky stuff at the home of this country music legend".

I hope you can find the time to read that piece in its entirety.

All will become clear.

But on the way to Hurricane Mills (which is actually very pretty) we stopped off at some kind of Loretta Shop on a hillside.

And that was where we bought -- among other things, including a superb, autographed 4-CD box set and a tin coffee mug with some Loretta-association -- her downhome cookbook.

Let it be said this is a cook book, not a chef's book (her Simple Southern Fried Chicken was something I do on a very bad day) so the subtitle "Old Time Cooking, Like My Mama Used to Make" should be taken seriously.

These were poor working folk so they didn't have access to too many ingredients and the raw material was just chicken, beef, ribs and such.

So no disrespect is intended.

We publish here however a casserole that is plain, simple and works (as does the Beeef and Romaine) because we are all on a budget.

If you have read Loretta Lynn's autobiographies you wil know she likes to keep things plain and simple, and these recipies are exactly that.

In winter this casserole is mighty fine eating. 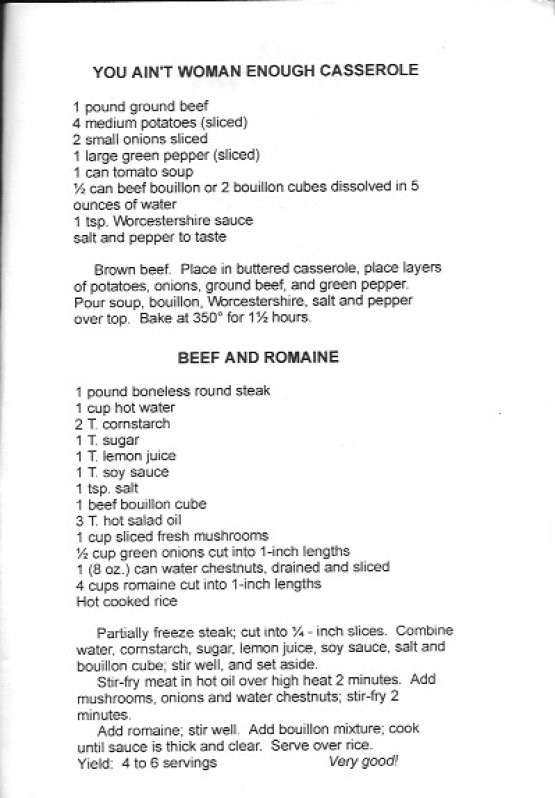