When the documentary about the life of Unity Pacific's singer-songwriter Tigi Ness made it to the small screen on Maori TV and the Film Festival many in the country had their introduction to a modest man and his remarkable life.

Now 52, Ness is something of late bloomer in making albums: his debut From Street to Sky (also the name of the doco) came four year ago and went past most people. But this superb follow-up -- and a great leap forward musically -- should take him to mainstream New Zealand.

And the man has a life story deserving of these songs and that excellent doco. Raised by his Nuiean mother in inner city Auckland (his father literally died in his arms when Tigi was six), he had a profoundly religious upbringing, attended local schools and churches (he was an excellent student and won awards), but in his teens ran headlong into local racism.

Fired by a sense of social injustice from his religious background, he started to read Malcolm X and other black activists from the States, was a prime mover in the local Polynesian Panther Movement, joined the Patu Squad during the Springok tour to counter the Red Squad, was at Bastion Point when the police moved in to remove those occupying the land, served time in prison, and adopted Rastafarianism.

He wrote In the Ghetto which Herbs claimed as their own, but seems remarkably generous about that in the doco.

Ness has been a practicing Rasta and musician for over two decades, is the father of Che Fu, and a more self-effacing, good humoured man you couldn't possibly meet. All that comes through in the doco which includes telling period footage, laudatory comments from his peers, and of course is peppered with the music from this new album which finds him with longtime friends and band members on a collection of original songs which are so second nature to them they could be recorded in matter of days in Auckland.

Some of them were improvised on the spot and the 14 minute title track at the end is astonishing.

Elsewhere however Unity Pacific spin out urgent grooves and deft guitar lines (Rob Halcrow), all propelled by the melodic bass of Teina Winau. And upfront are the earthy, honest vocals of Ness whose Biblical and socially aware lyrics speak of the need for love, peace and unity -- and sometimes of the judgement to come.

There are many layers to these lyrics (some drawn from Biblical passages) and if some find Ness' voice slightly wavering in places that should take nothing away from the power and honesty of the sentiment and the delivery.

Hard to believe, but at 52 his time seems to have come. An interview I did with Tigi about his singular life (see tag). 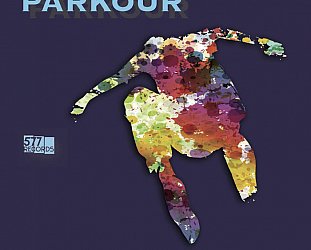