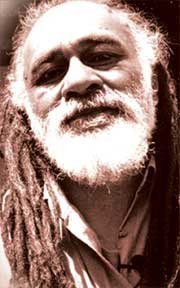 The high-rise skyline shimmers in the summer heat beyond the faded iron roofs of Auckland's inner-city suburbs. Tigi Ness sits on the back porch of his Grey Lynn home, in the foreground a tended and productive garden, far beyond those gleaming towers of greed.

At 47, Ness is the patriarch of Aotearoa reggae. A Rastafarian for 20 years, the years allow him to smile at his own mis-steps on life's long path. With snake-like greying dreads the dignified Ness, raised on these Auckland streets and of Niuean ancestry, is in a reflective mood as he sips his tea.

Ness, father of Che Fu among others, lived a once colourful then quietly domestic life. The reason for these bemused reminiscences are his overdue debut album with Unity Pacific, one of the country's longest-running reggae bands.

With lyrics drawn from all points of his long musical career and careering life - Red Squad is firmly placed in '81 during the Springbok tour - the album From Street to Sky is like a compilation from a man who never released a record. The obvious question is answered with a tinge of embarrassment.

"Well, the time was never right and I got busy with other things, like raising my family."

Ness has had a busy life: radical Polynesian politics in the 70s, a prison stint during the Red Squad year, his ongoing discovery of Rastafarianism, playing reggae as a matter of faith, working the day job at Green Lane Hospital, bringing up kids ...

And it began, as did his political and religious awakening, in these same streets in the 60s when the area was predominantly Maori and Polynesian. As the title track of the album says: "I was born in the city, raised in the streets, had religion in my system, was poisoned in my sleep ... the factory was my future, the ghetto was my grave. Look at me now."

Raised on the family's Niuean Bible he recalls how a bus would pick up local kids and take them to the Baptist Tabernacle on Queen St. The congregation included Auckland's first families of commerce: the McKenzies, Woolworths, Bond and Bond.

"So I got that sort of Christian and European version. Then one day the minister says, 'You kids will have to find your own church, there's one in Ponsonby-Herne Bay'. I was pretty shocked. I thought Jesus Christ loved us all: black, white and brown.

"Perhaps I didn't understand, but that was the general feeling, no more buses or Sunday School for us kids. That started me turning against it. I was about 11 or 12."

The dux at Newton Central and Kowhai Intermediate schools went to Mt Albert Grammar and was expelled for not cutting his hair. It was the late 60s and radical politics were everywhere, notably the Black Panthers in the United States.

In Auckland the Polynesian Panthers formed, an alliance of politicised Maori and Polynesian university students with disaffected inner-suburbs gang members.

Ness was an early and influential member and even now asserts the same ethics of equality and standing up for individual rights. Today, it is an educated, tempered stance rather than an aggressive one.

A voracious reader of everything from religion and philosophy to popular novels, he immersed himself in political ideologies.

He was a prime mover behind the culturally significant New Zealand tour in the late 70s of the black-British community-based arts group Keskidee which performed and worked on marae the length of the country. Among many other political activities he was on the hikoi alongside Eva Rickard.

Through the epiphany of hearing Bob Marley's No Woman No Cry he discovered reggae and the philosophy of Rasta Far I, which has meant reading a chapter of the Bible every day.

"Your whole day becomes a meditation on that and if it fits it's fine, but if it doesn't, no worries and it will reveal itself, if at all. It certainly teaches one patience," he says, smiling through crinkled eyes like some benign Old Testament prophet.

He has read through the Bible four times and believes it literally: "There's worse to come, fire and brimstone and all that. It is one of the most accurate records of human history on Earth and is a book of prophecy.

"I look for pointers happening on Earth in my lifetime because we have finally come to the stage where this world is totally threatened by nuclear war, the only thing that can obliterate us without any say in the matter.

"This is the time. Forty years of nuclear testing has to come out somewhere so our time is gone. But our kids' time? We don't know."

He realised he was a Rastafarian when going to prison for anti-tour activities in '81.

"That was the real test. Before you go in, on the wall there are prisoners' rights and it's about half an hour's worth of reading. So I read the whole lot and close to the end it said no religious persecution.

"There was me with my locks not professing I was Christian and I got up to the warden and he says, 'What religion? Ah, Rastafarian', and he wrote it down.

"I thought, 'Yep, that's me' and everywhere I went people were telling me who I was by the way I looked. That confirmed it for me."

His nine months in various prisons taught him all men were equal. Fortunately, he had "a guardian angel" who got him into the Maori cultural group to protect him from the gangs, and he had time to meditate.

On release he recognised many in his world had shifted from the political to simply surviving "because we'd just been done [by the Springbok tour], everybody was hurting and looking for cover".

For Ness that meant the nascent Rastafarian movement of the 12 Tribes of Israel. He parted company with the now fragmented 12 Tribes in the early 90s but has kept his faith.

In the long view he sees his life has been consistent: it has been about helping people, first through the Panthers then in '81, the people of South Africa. The revelation of Rastafarianism as a loving faith and reggae as healing music in the late 70s was crucial.

"We needed strengthening even though a lot of us didn't realise it then because we had turned from the church and Christ and rebelled. What was necessary was that spiritual food and regeneration.

"We were young and didn't cotton on to that until Bob [Marley] came and turned on a light. The foundation has been set. Already Rasta kids are taught to read a chapter a day no matter where they go. So when they need it, it'll come.

"Che would have been 11 or 12 when I started him off, old enough to read but perhaps not old enough to understand. But he did it all the same so he was obedient and learned patience, and now no one can say, 'You haven't read it'."

After years of struggle with his faith, the political system and his self-expectation, Ness has allowed himself something to say. On the album it is in the long overdue recording of Red Squad, a rare insider's view of that largely undocumented year under the baton, and the beautiful Pasifika reggae of Thou We Are. 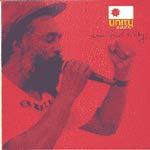 It is unashamedly an album affirming Marley's messages and musically is of the old-school style because that's where he is rooted.

However, it is addressed to the youth, if the DJ/dancehall youth have ears to hear. Got No Job has a timeless, optimistic message for Polynesian immigrants everywhere: "Do you understand, power is in your hands."

And when he sings, "Look at me now" it is a self-effacing assessment of a life honestly well lived.

Ness gazes across his vegetable garden to those gleaming spires. Near his street are cafes and video stores, a supermarket, and a real-estate office with telephone numbers printed where house prices used to be.

The old world of the corner dairy and kids delivering groceries or being taken to Sunday School in a bus are long gone. We are just like any other place: a multiplex nation, fast-food franchise, the fire and brimstone to come, perhaps.

And yet: "We have got a lot to tell the rest of the world about how to live together in peace, love and unity. This country is unique in that we have all sorts of religions and beliefs, but we're not ducking bullets and there are no poisonous snakes," he laughs.

"This is the land of milk and honey if people would just look at it. We've got to appreciate what we've got now while we have it and do the best we can to keep it. And to show the rest of the world how to turn the guns into plough shares."

This article appeared in the New Zealand Herald, Feb 22, 2003. www.nzherald.co.nz

great article and video will be hunting this album down and buying it. a piece of reggae history!!! am writing a paper for uni on the impact of Bob's visit to Aotearoa had on the Moari civil rights movement and the significance he still plays in modern NZ culture, so this helped alot. Thanks and keep posting dope articles such as this. Jah Bless!