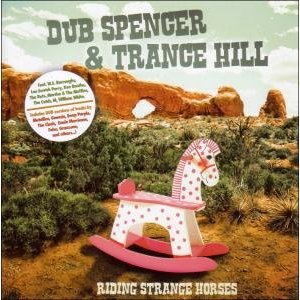 Those who know their spaghetti westerns and love a bit of dubbery will welcome this new installment from the Swiss band Spencer/Hill (aka bassist Marcel Stalder, guitarist Markus Meier, keyboard player Philipp Greter and drummer Julian Dillier).

Opening with Ennio Morricone's harmonica theme (from For a Few Dollars More, I think?) and then a deep dub version of the Clash's London Calling, this outing reconfigures Martha and The Muffin's Echo Beach (with Martha present), Falco's Jeanny, Smoke on the Water (with local singer William White), Metallica's Enter Sandman and other formerly familar songs, then adds tastes of reggae singer Ken Boothe (on When I Fall in Love) and their neighbour in Zurich Lee Scratch Perry (Blackboard Jungle) for added disconcerting effect.

Towards the end William Burroughs appears on his own The Saints Go Marching Through All The Popular Tunes.

This is amusing but hardly life-changing dub, but some of it, like their reconstruction of Deep Purple and Metallica, are kinda cool in that "smoke 'em if you got 'em" way. And of of course Perry and Bill Burroughs are always worth hearing, mad though they are, even if Perry sounds underutilised and Bill's story is lost somewhere in the sonic circus.

So, aside from the fun to be had hearing classics re-constructed, the best here is the deep dub or when Boothe turns up. 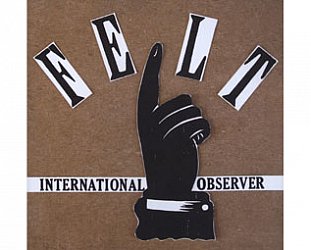 While it's hardly a tabloid heading -- "Ska band in reggae shock!" -- it is something of a surprise to hear Auckland's long-running and popular live act shift from upbeat ska to downbeat... > Read more