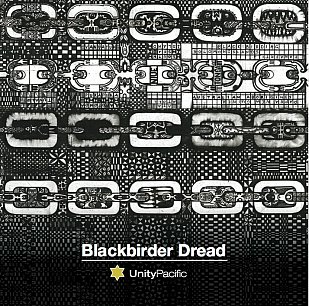 Reggae musician and Rastafarian Tigi Ness -- who helms this long-running band into it's third album -- is a man who walks with the past as his close companion. On Unity Pacific's debut album From Street to Sky he referred back to Springbok tour and the Red Squad, and his faith allows him to take a Biblical long view.

But he also knows the sufferings of his contemporary world and one of the standout tracks on this Rasta-grounded roots album is the assertive and unflinching We Are All Palestinians which opens with an apocalyptic but literally true, "It's raining fire from the sky, nowhere to run nowhere to hide . . ." and works around the memorable chorus "In our thousands, in our millions, we are all Palestinians".

More locally he looks to Bastion Point and reminds us of the child Joanie Hawke who died there during the late Seventies occupation by Ngati Whatua and supporters (and works in a musical reference to Give Me Hope Jo'anna by  Eddie Grant from the apartheid era).

For the most part however Ness and the band (which includes his son Che Fu on Rock Away about going back to "The Rock" of their ancestors, Niue) deal with matters of faith and the redemption of the Rasta truth.

The matter of medical marijuana emerges in Herb Tell the Truth which acknowledges marijuana as a sacrament in the Rastafarian faith and the sidestepping of the current issue by politicians. Reggae Testamon -- which opens with a compelling piano part Clayton Holloway -- addresses the rampant materialism of our society, as does the aggressive Where You Gonna Run which crashes in with power chords then hits a reggae funk groove and refers to the gospel and reggae standard, "Oh sinner man, where you gonna run to . . ."

There is also Praising Rastafai ("walking down these Auckland streets . . . smiling faces, our life is sweet until the tribulation come upon the nation").

As with previous albums this one goes out with the deep roots of the title track, an eight minute dub-influenced review of their earlier Into the Dread which reminds us of the blackbird slavery story of Melanesia and Polynesia when people from the islands were abducted and taken to work on plantations in Australia, Fiji and Peru.

As a metaphor of these times of economic refugees and people forced to flee their homelands, it is yet another reminder that we walk with the past as a constant companion.

Perhaps Ness' Rasta faith won't find favour with those who will only hear the repetition of Rasta imagery, ganja and Selassie as cliches of the genre. But a closer listening shows that while this is rooted in the long past -- and delivered by the tight band -- it also has something to say about the troubles of the times in which we live.