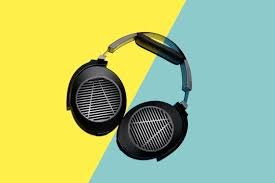 Shani.O's profile appears at the end of these brief but pointed reviews. For previous columns by her go here. Alt-Rock NZ group Yukon Era here release their second venture, reprising their signature noisy pop-punk sound with a distinctive sophisticated edge. Raucous electric guitars and blaring cymbals are set to shock from track one, however it would be foolish to class the catchy opener High Handed as hap-hazard or careless in any way. Yukon Era balance an air of spontaneity and punk essence whilst remaining aware and musically deliberate throughout this EP. Adventurous songwriting translates convincingly through the committed vocal performance, and the impressive attention to detail in arrangements. Be sure to scratch beneath the surface with this one as Yukon Era prove themselves more that your average Kiwi alt-rock band. Consume & Scratch is now available for listening here on Soundcloud and here on Bandcamp. The release of Kings’ debut EP sees a continuation of the pop sensibility with hip-hop influence first heard in the smash single Don’t Worry Bout It (now a record breaker, surpassing Lorde’s Royals) that cater to the festival and dance club audience of NZ youth who have propelled him to chart success. It is apparent this is an artist who knows his audience because they are, in fact, his peers. Second single Some Day in many ways epitomises the sound of the EP in its combination of lush vocal harmony, an infectious chorus melody and pulsating synths begging to be heard on the sound systems of the likes of Rhythm and Vines and Homegrown -- two gigs Kings already has lined up for the New Year. Check out this exciting debut from an artist already making his mark on the charts and 2017 festival line-ups here on Spotify or for download here on iTunes. 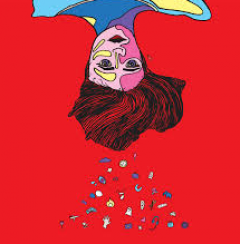 Dreamy Eighties synthesizers meet washy guitar hooks and funky basslines in the latest from ex-Yumi Zouma vocalist/songwriter Madiera, aka Kim Pflaum. With a clear affinity for hooky chorus melodies and enticingly understated vocal delivery, Madeira delivers an effortlessly cool sound that is equal parts emotionally authentic and irresistibly dancey. Stand-out track Oracle Horoscope boasts an indie-pop infectiousness with that will have you grooving along absent-mindedly by the time the chorus hits, despite the heartbreakingly insightful lyric. Hot off the heels of shows in the US and a tour on home shores in late November, Madeira’s debut EP Bad Humors is out now, worth a listen and can be found here to stream on Soundcloud.