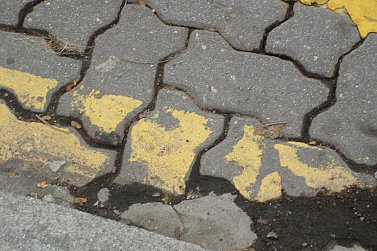 When you are over 50, becoming fanatical about exercise won't undo years of happy hedonism.

For a year I have occasionally waddled to the nearby Health and Fitness Centre (their description, not mine) and – alongside lithe young bodies, walking-wounded Blues players and sometimes monstermen like the Tuaman – I have worked out.

More correctly, I have ridden a bicycle to nowhere for 10 tedious minutes, rowed to nowhere while watching infomercials or a sports channel, then moved heavy things up and down for a while.

All this to the kind of thumping soundtrack that is best, and only, enjoyed in a nightclub at 2.00am with a bellyful of water and party pills.

That is more akin to the kind of life I have led.

I have had many interesting and happy years in smoky pubs while young people – and some not so young – have made the most godawful racket in the corner. I love it.

Smokers, over-indulgers and ne’er-do-wells are my kind of people. I have little in common with those who think that Line 7 is a fashion house and that a tracksuit is perfectly acceptable at a formal function or if they come around for dinner.

I am bored by the gym. Paul my trainer seems like a nice young man – healthy, glistening skin, and nothing in common with me – but exercising is dull and I’m over it.

James Fixx – the jogging guru who went face down on the footpath three months after his 52nd birthday – did not die for my sins. Fixx, you may recall, is one of the Unholy Trinity of the Fitness Faith, alongside our own native saint Arthur Lydiard and Pilates, the recently rediscovered Greek god of exercise and telemarketing.

But there is no higher moral ground just because you go to the gym. If it makes you feel good, that’s fine. I feel good after a bottle of wine, but no better for drinking a bottle of water, regardless of how pure the mountain stream that was its source. However, you don’t see my kind of people getting cover stories on glossy magazines or telly programmes trying to sell their lifestyle.

An article in the New York Times earlier this year confirmed my thoughts about the fitness movement: for people my age – older than Fixx – it is replete with unrealistic expectation.

The article quoted Dr Daniel Haber, director of the cancer centre at Massachusetts General Hospital. He grew up in Europe and noted the difference in attitudes between there and the US.

Europeans are far more fatalistic and believe that you should enjoy life. So they smoke, bask in the sun, take pleasure in a leisurely and indulgent meal and don’t feel compelled to go to the gym.

Americans, Haber said, believed that they could control their bodies and so shedding fat and getting in shape were about being born again. But there are limits to how much you can reverse the damage you did in earlier days, and there are few diseases that you can prevent by changing your behaviour late in life.

While at a boozy nightclub function recently, I ran into entertainer Ray Columbus, whose doctor had told him that his heart attack last year had been brought on by smoking.

“I haven’t smoked in 30 years. Of course, when I did it was 80 a day,” he said, laughing as the beer bottles clinked in his hands.

So, the damage was done. Same with cholesterol levels. If you are middle-aged and learn that your arteries are clogging, taking up walking might slow down the process, but the gunk accumulated by years of hedonism and steak for lunch won’t simply disappear.

Sure you’ll feel better, but an endless shining highway isn’t stretching out just because you now ride a bike to nowhere for 10 minutes.

So for me – with a good recent cholesterol result – being sensible rather than serious will be as far as things go now. I’m cutting down on exercise.

Neil Armstrong – stayin’ alive at 75 – once said that he believed we have a finite number of heartbeats, and he wasn’t going to waste his on jogging.

I’m following his advice: one small step for man, one giant flop towards the couch.

This column appeared in the Listener in late 2005 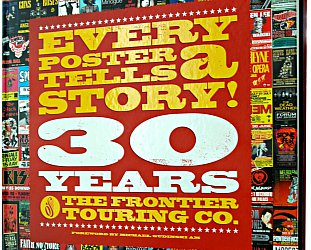