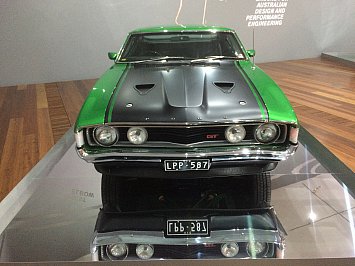 Amidst the highly polished and gleamingly seductive automobile flesh in Melbourne's National Gallery of Victoria right now is an oddity which draws a lot of attention.

It is a battered, dust-coloured flatbed Ford ute from 1934. It was found under a peppercorn tree in nearby Gippsland in the 80s and is presented much as it was, untouched by restoration. 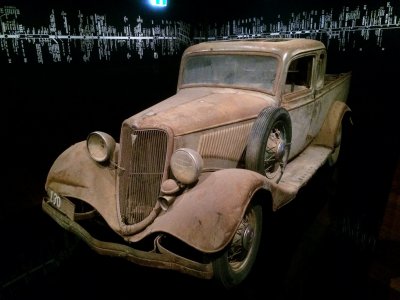 In the company of beautifully presented classic cars like a Holden Monaro GTS from the early Seventies and futuristic art objects like the concept cars (a Holden Hurricane and Holden Efijy, designed to test customer reactions), the old Ford is a reminder that while cars may be beautiful, they were – and are – mostly workhorses or merely a mode of transport for most people.

The battered Ford – a hybrid of coupe and ute, designed by a young draftsman in Melbourne – possesses a strange and sad dignity amid the low-slung, aerodynamically designed cars on display in Shifting Gear: Design Innovation and the Australian Car. This exhibition of 23 cars – from a restored 1890s Thomson steam-powered carriage through to that magnificent Efijy concept car of today which looks like it has stepped off the screen from Who Framed Roger Rabbit – is much more than just a show for petrolheads.

In fact on the morning I was there the quietly attentive crowd – equally split between men and women and across a wide age demographic – was whispering amongst itself of the elegance of the designs, smiling in recognition at iconic cars like Holden Monaro GTS from the early Seventies, or watching the multi-screen films of car ads and accidents, suburban and racetrack footage, an impossibly young Mel Gibson in Mad Max, bikini babes and their surfer boyfriends beside their cars . . . 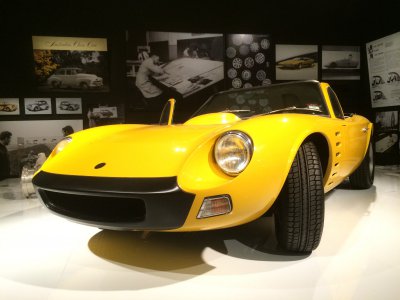 And the way these vehicles are displayed and lit means it was impossible not to be wooed and won by the yellow Nagari Sports Mk 8 from 1970 with black trim.\

It was designed by the three Bolwell brothers who created it in lines which allude to the Lotus Europa and Lamborghini Miura.

Outside the entrance is the full-scale “clay” model of a Buick Avenir to showcase the technique of creating such a model in synthetic modeling clay and to showcase the design and sell the concept. 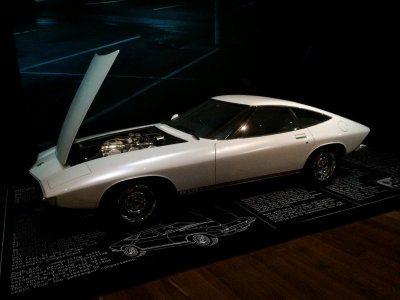 Most of the cars on display are low-slung and high-performance vehicles, but here too are racing cars (among them a beautifully dinky Austin 7 Ace from 33 and a Brabham BT19 from 60) and family sedans (the Harnett Tasman from 49 looking like the odd offspring of a Morris Minor and an early Peugeot).

For those of technical persuasion there is considerable information given about things like revolutions per minute and the 265 Hemi sixpack engine which powered the Charger E49 (don't ask me, I haven't a clue), and the must-have catalogue is a book-sized object of beauty in itself. 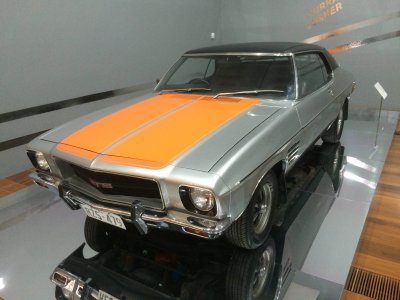 This is not an exhibition where you can play favorites, because every vehicle on display is a standalone masterpiece of engineering and design.

But I'd happily trade in my old Mazda Demio to get that canary yellow Bolwell Nagari which looks like James Bond (one of the better ones) just stepped out of it.

I suspect however I couldn't get enough ready cash from my reliable little thing to even afford one of the Nagari's tyres.

Even that beautifully battered flatbed Ford would probably be out of financial reach.

But that's why we have art galleries and such extraordinarily beautiful objects of desire like these cars in them.

Shifting Gear: Design Innovation and the Australian Car is at the NGV, Melbourne until July 12. 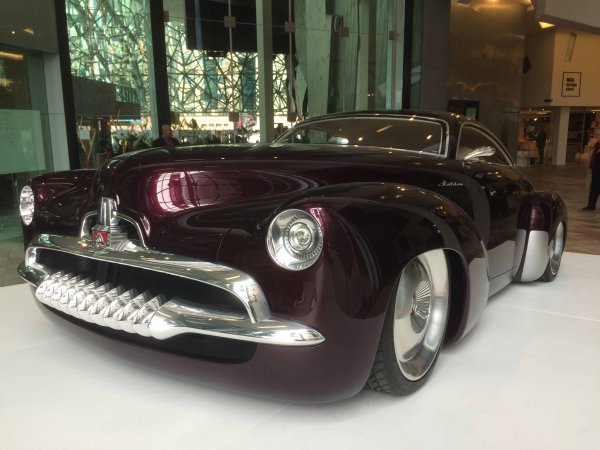 Man, you sure get around. Clicking on a link in an email shows the title of the header photo which I hadn't noticed before. It's sometime since I tried listening to one of your selections & I can't recall whether the set-up has changed, but the present is real good.

Mention of "beautifully dinky Austin 7 Ace from 33" reminded me of travelling with our Dr, in an open 7 still smelling like brand new, from the family home in Neiafu, Vavau to the local hospital. This would have been in maybe '40 or '41. 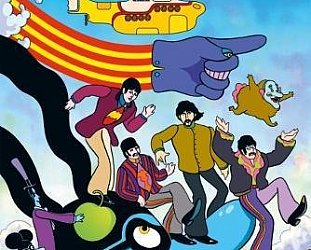