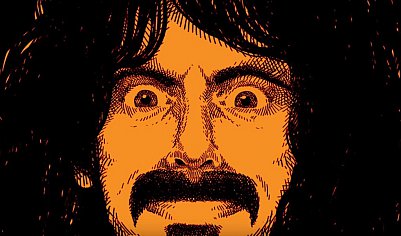 The importance and impact of some musicians far outstrips the sales of their albums or concert tickets.

Listen to just three or four of his albums chosen at random and you couldn't help but conclude that here was a musician unconstrained by style or genre, indifferent toward and, indeed aggressively opposed to, whims of musical fashion, singular in his vision and insatiable in his appetite for work.

More than that however, Zappa was a beacon of ferocious intellect and self-belief who was unbowing in the presence of the US congress, classical musicians and critics.

He applied his laser-sharp brain to music, politics and socio-cultural matters.

And that summed him up.

He was on the lookout – for frauds, censors, anti-art nabobs in government and others who would dare cross his path – and he would go up against them with wit and searing intellect.

Yes, a lot of Zappa's humour didn't travel far from the toilet block, sleazy magazines or adolescence, but that was him – again – being an agent-provocateur.

Not everything he did was a work of genius of course -- his films could be indulgent and uneven (we might say the same of Andy Warhol and George Lucas however) – but he was never anything less than interesting.

He was anti-drug, but also as a heroic cigarette smoker, against the anti-tobacco campaigns. He was always a challenge to conventional thinking, and you didn't have to agree with him . . . but if you didn't you needed to have the smarts to defend your position, because he could defend and advance his.

But as we mentioned, his album sales were rather smaller than his impact.

Frank was increasingly “selective about his audience”.

His legacy however is another matter: He recorded constantly (I've been told every live show, if that's the case I want a copy of his Auckland Town Hall show somewhen in the early Seventies) and he archived his work scrupulously because he saw it – films, recordings, art, interviews and so on – as all part of the same idea.

He called it Project/Object.

“[It] is a term,” he said of Project/Object, “I have used to describe the overall concept of my work in various mediums. Each project (in whatever realm), or interview connected to it, is part of a larger object, for which there is no 'technical name.'

“Think of the connecting material in the Project/Object this way: A novelist invents a character. If the character is a good one, he takes on a life of his own. Why should he get to go to only one party? He could pop up anytime in a future novel.

“In the case of the Project/Object, you may find a little poodle over here, a little blow job over there, etc., etc.

“I am not obsessed by poodles or blow jobs, however; these words (and others of equal insignificance), along with pictorial images and melodic themes, recur throughout the albums, interviews, films, videos (and this [Real Frank Zappa] book) for no other reason than to unify the 'collection.' " 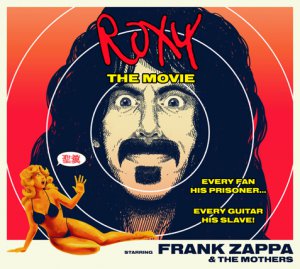 And now a major project is underway to secure Zappa's archives and – using them, with the permission of the Zappa estate – to make a definitive (if that is possible) Frank Zappa documentary.

Film-maker and actor Alex Winter is the man who has been given the nod and so he – as seems to be the way of things these days – has launched a Kickstarter campaign to raise US$500,000 to get the project off the ground.

That campaign ends on Friday . . . and New Zealand fans and fellow Zappa freaks are doing their bit.

On Tuesday, April 8 at Whammy Bar in Auckland there will be a rare screening of Zappa's film Roxy: The Movie to raise funds (see below, just $10 entry to join the generally heretical frivolity which starts at 6pm with the movie an hour later).

This is a one-off event using a newly digitised print of the concert film shot at the Roxy in Hollywood in which Frank Zappa will be “bending notes and minds with his bare hands”.

For much more on Frank Zappa at Elsewhere start here.