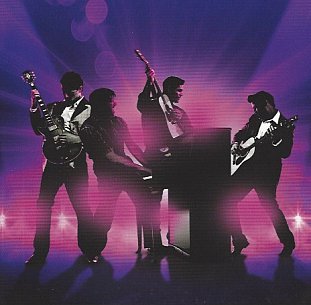 Here's the thing: ignore the nay-sayers, the smarter-than-thou critics and those who haven't seen this stage show but will be prepared to be dismissive in advance.

Of course this isn't what it was like in late '56 when Elvis Presley and his girlfriend, Johnny Cash and Jerry Lee Lewis joined in on a Carl Perkins' session in Sam Phillips' Sun Studio in Memphis.

But to criticise this (Tony-nominated) Broadway/West End production for historical inaccuracy is like the Pope accusing Jesus Christ Superstar for not being faithful to the holy texts.

It's a stage show which does play fast and loose with this historic event and certainly with chronology, but it does so enjoyably because that allows the protagonists to play songs from outside those they actually did play on that day. Which was a very small and unrepresentative (a lot of country and gospel) of their individual and collective rock'n'roll and rockabilly talent.

As in any such stage production there is the crowd-pleasing rapscallion (Martin Kaye as the young, enthusiastic and deliberately irritating Jerry Lee Lewis) and, although some of the attention naturally falls on Elvis (Ross William Wild), it is Robbie Durham as Cash who most impresses with his oak-barrel baritone and uncannily similar speaking voice.

All the music and vocals from the stage are live – Kaye is exceptional on piano hammering and clowning, Matthew Wycliffe as Perkins pulling out the guitar twang – and, as Sam Phillips, Jason Donovan is the narrator-cum-pivot. 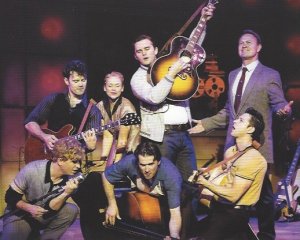 There are parallel stories being told (Phillips being wooed by Elvis' new label RCA, the now famous Presley wanting to return to the simpler days on Sun, Cash moving away from Sun onto Columbia, Lewis about to record for Sam) and it would be unfair not to mention Katie Ray as a vocal powerhouse when she steps forward from just being Elvis' galpal.

The rock'n'roll songs are all familiar enough – many of the audience on opening night sang along with Perkins' Matchbox which wasn't that big a hit – but a highlight is Wild on the old spiritual Peace in the Valley where the others add their collective voices, and Durham leading them into Ghost Riders in the Sky with Ray taking the glorious high and ethereal backing vocal.

There is some pathos in the source material (by writers Colin Escott and Floyd Mutrux) although not as much as in the musical Buddy which perhaps remains the gold standard of rock'n'roll stage productions.

But when the protagonists discuss their upbringings briefly (three of them had older brothers who died) and you remind yourself of what became of these people who came from poverty and – with the exception perhaps of Carl Perkins – got the global fame they wished for but paid the price, it does undercut the humour and celebration of this music. All of them except for Jerry Lee Lewis – the man whose lifestyle you thought might have taken him before all others – are no longer with us. But their music of course lives on, as do their personalities.

In a sense this show rides on that nostalgia but again, it's a stage show set in that famous – and famously small – studio where Phillips and those who walked through his door changed music history and the Western culture. It's not a dramatised documentary.

Million Dollar Quartet, if you take it for what it rather than complain about what it isn't, plays out as a thoroughly enjoyable, entertaining and sometimes gently moving stage show.

Put on your dancing shoes for the closing songs.

And by the way, the programme is $15 and it is way better value than Kylie's.

Million Dollar Quartet plays at the Civic in Auckland until June 15. See here for details. 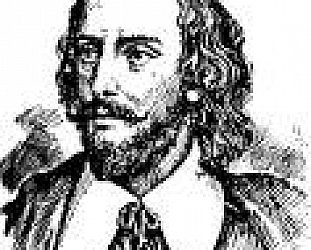