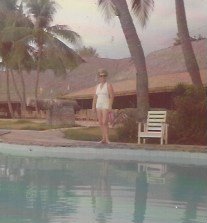 This first appeared at Public Address in 2004

My mother died this week. And I don’t know what to think about that.

She was 82, and only as far away as the Gold Coast . . . but I saw her just three times in the past decade. The last time was perhaps three years ago and she was confined to a bed, skeletally thin and made no sense at all. She made a noise like a ring-tone at one point and my sister Barbara and I felt utterly helpless.

Mum was in there but couldn’t come out.

I think she knew who I was. As I was leaving she pointedly blew me three kisses.

I have three children.

There will be no funeral to go to, there is some kind of immediate cremation apparently, so my two sisters and I agreed to that and thought we’d sort out a scattering of her ashes at some mutually convenient time. My sisters Bobbie and Barbara live in Melbourne and on the Gold Coast respectively.

I heard the news when I walked back through the airport here after two days in Sydney. It was midnight and it was a silent cab ride home.

I don’t know what to feel but maybe writing something down – because, God forgive me, that’s about all I do – might help. And my mum’s strange life deserves it. 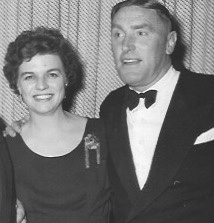 Hers was a life in two parts: she changed from an extremely social, well-liked, intelligent and much respected woman into what I sometimes carelessly called “a gangster’s moll“.

It was a helluva turnaround after my father died – just ask my older sister Bobbie who got death threats from Mum’s new man Gary (whom I had the good fortune never to meet) or my younger sister who endured years of verbal abuse from my mum and this dangerous man.

My mum perjured herself in court to protect Gary (who went to jail anyway), lied to the family, and cut herself off from her friends.

And of course Gary, ensured that this formerly vivacious woman ended up alone and penniless. He took her for everything she had, and then had the good grace to die of cancer. Painfully I hope.

My mother was born in Edinburgh in 1922, left school at 14, was entirely self-educated, and worked in the office of The Scotsman newspaper. She met my dad when he came over from New Zealand. She was then working for some shonky doctor I think and Dad was selling his own homemade concoction which he said was a hair restorer. My dad was a decade older than her.

They fell in love and married during the war, my older sister Bobbie was born in early 1944 when my father was a radio operator in the British Merchant Navy. Just before the war ended he was walking across a rooftop of an Edinburgh shipyard. He stepped on what he thought was solid roof but which was blacked-out glass. He fell through.

On VE Day my dad was in hospital not expected to live, my mum had an 18 month old daughter and no money. She was 22.

My parents bought a big house in Mt Eden and my father’s mother moved in with us. She left in a flaming row and went to live with Dad’s sister in Pt Chevalier, an estranged side of the family I never knew: there are cousins and such probably.

Later my mother’s father moved in and Pop and I shared a bedroom for a while. I remember him as a tall man who taught me how to melt wax in tobacco tins and press coins in to make an imprint, and he was a gardener. He too left after a family argument and I never saw or heard of him again other than a whispered mention of his death when I was about 12.

My mother oversaw a busy household. 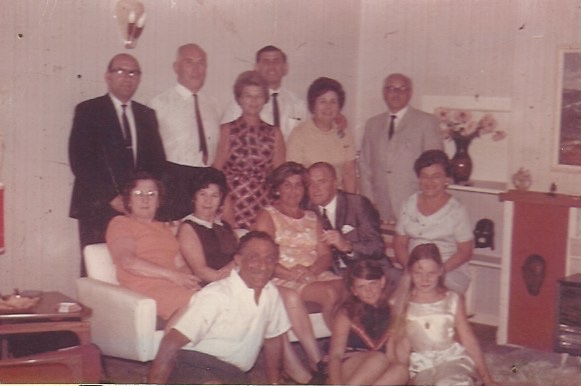 My dad and a friend hollowed out the ground beneath our house and put in a lovely flat. The first tenants were a Jewish couple – whom I still refer to as Uncle Jack and Aunty Doris – and over time their various family members arrived from London’s East End. I grew up with a big Jewish family and my mum would regularly entertain more than 20 people with four course dinners.

Then there were the boys from the Rangi-boats. Because we had been backwards and forwards to Scotland – always on the Rangitiki funnily enough – and because my dad loved the sea, my parents had a long association with the New Zealand Shipping Company.

So every time a Rangi-boat – the Rangitiki, Rangitane or Rangitoto – came into port my mum and dad would invite many of the crew around. They also knew a lot of people in the hospitality industry like Bob Sell.

My childhood was filled with parties of all kinds. And memories of my mum making rollmops, pavlova, porridge, black pudding, Christmas cake with raisins and thrupences wrapped in foil, and of a famous dessert called Danish Peasant Girl With A Veil. It was a Jewish-Scottish-Kiwi culinary journey in our home

Christmas was always spent at Stanmore Bay. My parents had bought a small bach there in the early 60s. We’d always have the Jewish family up on Christmas Day and it was until I was in my mid-teens before I recognised the happy irony in that.

My mum and dad started a business and mum did the books, she drove for the blind, was involved in Jewish functions, and for a while sold real estate. 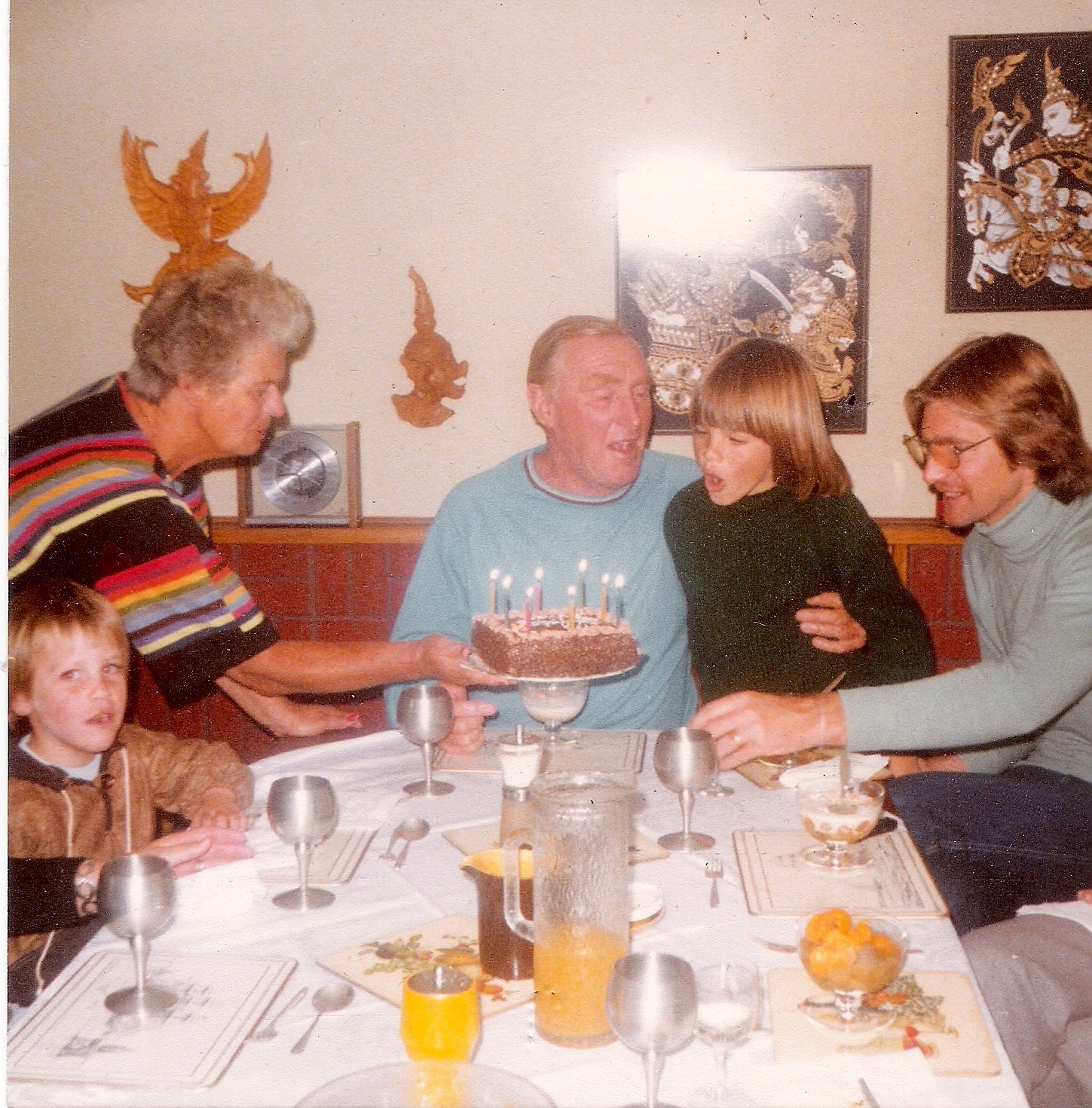 My parents travelled often and no sooner were they back from one trip than they would be planning another to Singapore, Chiang Mai or Hawaii (where they fell in with some Hollywood types).

In our lounge there was a large atlas on the coffee table, in the room we called the back kitchen there was a framed PanAm map of the world on one wall.

I remember the home of my childhood filled with laughter and plans.

At a significant wedding anniversary Uncle Jack quoted from the Book of Proverbs in reference to my mum: “Who can find a virtuous woman? For her price is far above rubies.“

Then in the mid Eighties my dad died.

Some while later my mum sold the huge home at 23 Kakariki Avenue – I cannot believe what the new owners did to that bright, light-filled home – and moved to the Gold Coast. She had been there before, had a few friends from Stanmore and some of the Jewish family over there, and like many of us would do I guess, didn’t want to live alone in an empty home crowded with memories.

She bought a lovely unit near the ocean at Main Beach and was quite happy there. 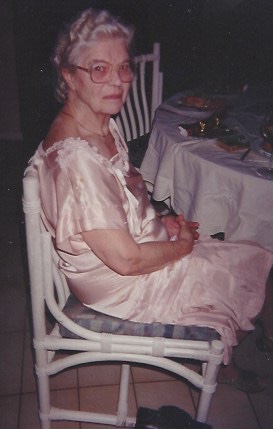 Then Gary came along. He was well-known to the police, had served time, threatened old ladies and took their money, and as he progressively weaseled his way into my mother’s affections he turned her against the family, my two sisters particularly.

And my mum – increasingly dependent on booze and pills and Gary — defended him, disowned my sisters and was barely on talking terms with me.

I am told she was once found unconscious in the toilet of the casino with thousands of dollars in cash in her purse. Dunno. Selling drugs through the casino maybe? Maybe I wasn’t joking when I said, “a gangster’s moll”.

Then Gary died and she was penniless.

My younger sister Barbara – who has the grace of forgiveness – got Mum into an all-care rest home. I went there. The people were friendly and active, they had outings and weekly barbecues, guest speakers – and mum hated it. She resented being with old people.

An old man badgered her for cigarettes. She drank. She seldom left her room other than for meals, and even then sometimes not. She became bitter and withdrawn, resentful and lonely. 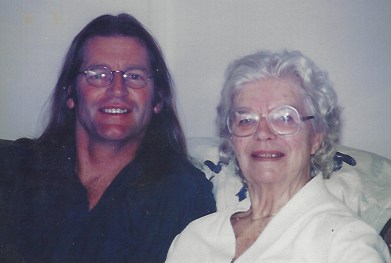 Then her brain atrophied. Her memory went. Barbara got her into another place which used her modest pension to keep her comfortable. She spent her last years in a bed, unable to communicate.

Barbara visited regularly, Bobbie would go up from Melbourne.

Mum withered and ceased to be part of our life, she wasn’t even a participant in her own.

Then this week Barbara called me on Wednesday morning when I was in Sydney and said she had been told to be prepared.

The three of us spoke about what to do and agreed there would be no funeral. We all felt strange: Bobbie said she had done her grieving long ago, Barbara had been so much closer than either of us that it has hit her harder. My kids were upset because they had only ever known Granma from the good days back here, one of Barbara’s sons who only knew her over there said, “What can I say, that she was my Granma and never wanted to see me?”

Bobbie’s kids were very upset because they had seen her recently.

It has affected us all in very different ways.

We will scatter her ashes somewhere. We scattered our dad’s at Stanmore Bay because back then it made sense, but while there might be some romantic symmetry in doing that for Mum it would be a lie.

Bobbie said Mum once told her she wanted to be scatted at the Broadwater on the Gold Coast so she could be with Gary. 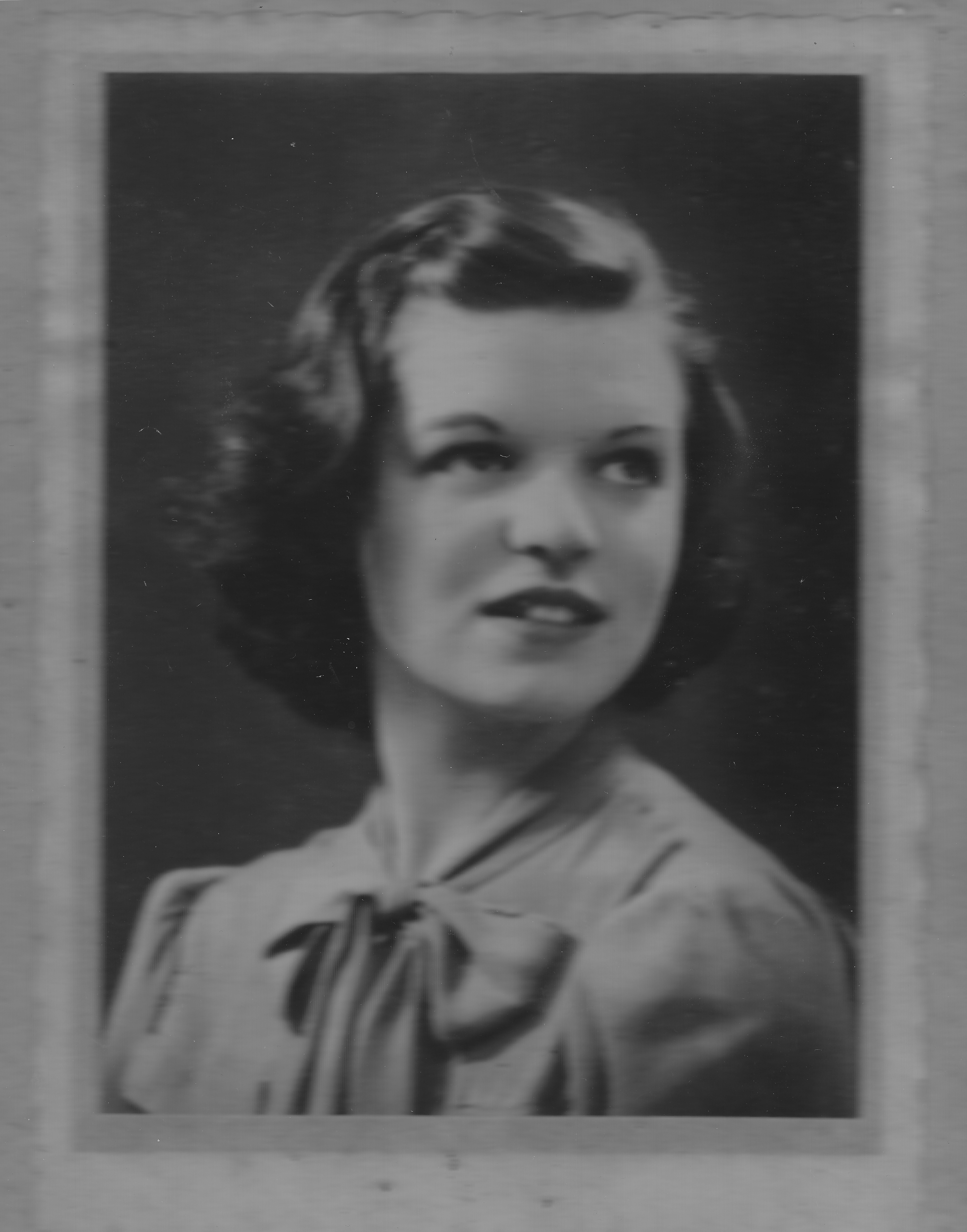 Bobbie – wise Buddhist that she is – said to Barbara it didn’t really matter where, all the waters of this world are connected so Mum will find where she wants to be.

So the Broadwater it probably is because Bobbie and Warwick can come up from Melbourne, and Megan and I can go over for a long weekend in the sun.

We'll all have fun and talk it over, swim and have barbecues. And you can bet someone will mention Danish Peasant Girl With A Veil and we’ll laugh.

And we’ll be sad.

So that was my mother: Margaret Noble Lamb Reid.

She was a wonderful, then a woeful, woman.

And I feel I never really knew her.

Postscript: Some months later we scattered my mother's ashes at the Broadwater as per wishes . . . and she went wherever she wanted to go.