Elsewhere readers will know that we have sung high the praises of the Dunedin-based folk duo Tall Folk (whom we noted in our review are indeed very tall folk).

Jack Ringhand and Lara Robertson not only have exceptional solo voices but nail down classic country-folk sounds on their excellent original songs on their debut album Wiser.

We invited Jack to answer this questionnaire and Lara to answer a different one. We're delighted they did because they are also interesting people and out on tour right now.

Those dates are at the end with the link to where you can hear and buy the very enjoyable, and intelligent Wiser.

Onalaska, Wisconsin, USA. I grew up with my family - both parents and two older sisters. Therefore, I am the spoiled baby boy as my sisters would claim.

Bonnie Raitt. She is my mom’s favorite. Her albums Nick of Time and Luck of the Draw are still quintessential tunes for me to groove to while cooking dinner. Beyond that, my Dad introduced me to Gordon Lightfoot and John Prine. The latter has emerged as my most beloved song-writer, mostly due to his mastery of lyricism, but also due to the nostalgia his tunes elicit.

I recall being soothed by Baby Beluga by Raffi when upset and stuck in the back seat of our overly crammed minivan. The tune’s calming melody and jingle-esque structure hit home and, to be honest, still does!

Never, actually. I am a registered nurse and have plans to pivot to public health work in the future. There is a principle-based drive within me to not only conceptualise and, subsequently, write the world, but to also get my hands dirty in service of others. Therefore, music has always been integral to my life and will always be so, yet it will function in conjunction with my other passions.

I started playing music in high school as I thought the folks who were playing around the campfire at parties were the coolest. My Jack Johnson and Oasis covers were hits at subsequent parties, as well as a few of my own songs including “Jack and Jill”. The lyrical content is not suitable for a public forum, but I will note that the upperclassman would endearingly enquire “are you the guy with that funny song?”

Justice is Found. I wrote it for a progressive faith community that I was a part of during undergraduate. It was the first song that I was able to articulate my sense of disapproval of the social injustice that some folks endure and my resolve to align with the work needed to dismantle it. The community embraced the song as it became a sort of anthem which was telling of the power of music for community building.

I can’t miss this opportunity to name my “Angel Eyes”. My wife Angie (married early January 2022!)  is an incredible support system, best friend, and companion along the journey. She provides me with perspective when needed, continually friendship, and passion for life.

I have a stutter which makes speaking in general more work than most experience. Therefore, speaking and performing on a public platform only exacerbates that stress. With that said, stuttering is inherently a unique quality that I bring to the table and there should not be shame associated with neurodiversity. With a sense of pride and honesty, I can overcome most nerves associated with performance. Notably, I am amongst the many people who stutter who do not stutter when singing and, therefore, performance is a gift of reprieve!

Voice memos all day! Especially during the months in which I am intentionally writing for a project, I regularly record melodies and/or lyrics to my voice memos app. Its now taking up quite a lot of storage space, so I am looking at purchasing some more space in the cloud for all these half-baked ideas.

It was quite fashionable in a specific sector of the Ōtepoti 2000s music scene, but my favorite heavy sludge rock record is S/T by Soulseller. Check it out on bandcamp.

As someone who stutters and, therefore, has had to find ways to cope with the social challenges associated with it, meaningful advice includes loved ones stating that it is not despite the stutter that they appreciate me, but because of the stutter - as a distinctive quality - that they appreciate me. It is a profound sentiment that can relate to pretty much all personal traits that make folks unique. 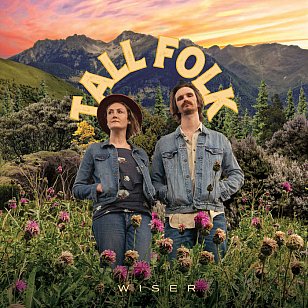 Crack a beer and laugh at the moments in the set which went a bit haywire. Then return to the shared feeling of accomplishment and revel in it for a bit.

Tami Neilson for the genuine and honest way she highlights those who came before her and continues to name the patriarchy within the music industry and stand against it.

The plan is to finish the Wiser album release tour, push the record to as many outlets as possible, and then get back to writing! 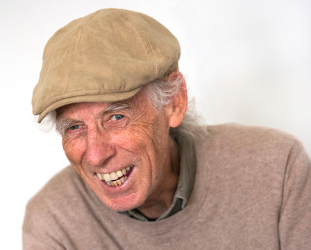