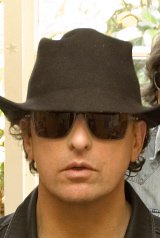 The new bio for David Kilgour starts with an arresting claim, "David Kilgour is a guitar god for guitar atheists". The evidence for this is of course his work in the Clean, with his band the Heavy Eights or on albums under his own name.

Kilgour redefines a kind of electrifying electric-pastoral psyechedleic sound which can equally sooothe or soar as the occasion demands.

His new album with the Heavy Eights, Left By Soft, was recorded in an old lodge in the dramatic Catlins two hours south of Dunedin and in advance of brief tour to launch it (see dates below) he took time out to join the long list of those who answer The Famous Elsewhere Questionnaire.

I think it was I'm A Believer by the Monkees or The Blue Beat by Dinah Lee. It’s a bit of a blur!

Somewhere Over the Rainbow, Brown Shoes Don’t Make It, A House Is Not a Motel.

A rubber cleaning sponge with The Clean's Vehicle LP cover printed on it . Made as a giveaway by Rough Trade. Unused. “Dip it in the water, watch it grow!” And oddly enuf a rubber bomb with fuse promoting Soft Bomb by the Chills. A piece of kindling that Gary from Pavement gave me. 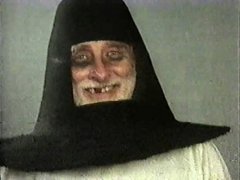 No tattoos, no tags man.

A beach in New Zealand.

Cause its my latest LP.

David Kilgour and the Heavy Eights launch their new Left By Soft album at the San Francisco Bath House, Wellington on April 28, the Kings Arms, April 29 and the Empire, Dunedin May 7.