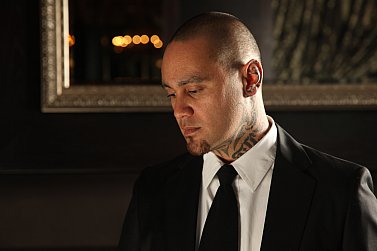 Nobody could say Tiki Taane -- formerly of Salmonella Dub and with the multiplatinum selling solo album Past Present and Future of 2007 behind him, and the country's biggest selling single ever in Always on my Mind -- had a quite year in 2011.

In April he was arrested after singing NWA's Fuck Tha Police when police appeared at his Tauranga gig as part of a routine patrol. He was charged with "disorderly behaviour likely to cause violence" although the charges were later dropped and Taane insisted he didn't dislike the police and that some of these lyrics had frequently appeared in his concerts.

While all this was happening he also had a new album In the World of Light out, for which he won Best Male Solo Artist, Best Maori Album and Best Electronica Alabum at the Vodafone New Zealand Music Awards in November . . . where he performed his new song Freedom to Sing while accompanied by dancers dressed as police.

Yep, quite a year.

And shortly Tiki Taane joins a big line-up for the More FM Summer Vineyard Tour (dates and other artists listed below). But he also had time to answer the Famous Elsewhere Questionnaire.

Mony Mony (live) by Billy Idol. That was the first piece of music I ever brought, on 7" vinyl from the Te Kuiti markets around 1984.

Dad use to turn off the tele and play the guitar and make us sing "we are sailing" by Rod Stewart. Then I heard Free Nelson Mandela by The Specials and everything changed from then on.

That's too tough for me to answer sorry.

A Keyboard once owned by the Skeptics, which has been bitten by what looks like a large dog. 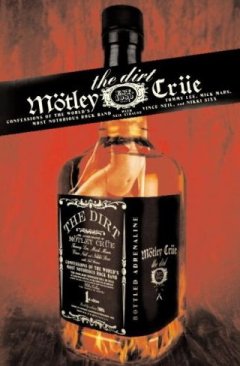 Prince, and I'd jam on what ever he told me to.

Well the three movies that changed my life were - Krull, The Led Zepplin Movie and Once Were Warriors.

Sing Along With The Yoots.

Well, Always on my Mind has done me good, so I'm proud of that little number, especially since it was never meant to be released.

Never Mind The Bollocks by The Sex Pistols - a must have.

A full body suit with a mixture of traditional moko & tatau, with traditional Japanese dragons and fish. 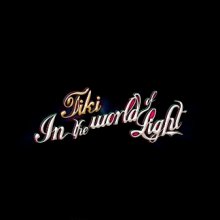 On my super yacht traveling the world, putting on the most exclusive, outrageous parties ever dreamt of. Starting in Cuba.

Because it will be my last.

*Bus tickets/packages are available for these venues, for more info go to: 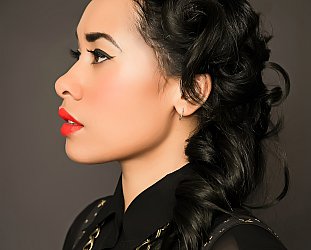 Elsewhere first came across Wellington singer-songwriter Iva Lamkum as far back as 2008 and said then of her self-titled debut EP, "if there is a more assured, musically intelligent and... > Read more