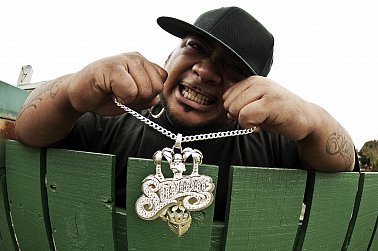 Savage -- known to his Samoan parents as Demetrius Savelio -- opens his new album Mayhem and Miracles with the assertion My Time. And if it is, it is his again because has already one major claim, the first New Zealand rapper to sell a million in the US (for his remix single Swing which appeared in the movie Knocked Up).

From success with Deceptikonz to a solo career, Savage has walked the line between hard edged rhymes and danceable rhythms. Tough but a sentimentalist, on the cover of the album holding a machete but also rapping about the importance of family and referencing the Bible. Mayhem and Miracles is reviewed here.

Time for Savage to answer The Famous Elsewhere Questionnaire.

Twerk It, Because of You, and Swing .. lol

Lol. A piece of Xzibit tshirt that he threw off stage at the Big Day Out 2004 I think.

How to learn the music business

TuPac.. All eyes on me

Tom Jones. It's Not Unusual. 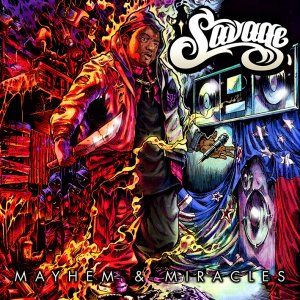 This album is a completion of my life. From beginning to now. Mayhem and Miracles. 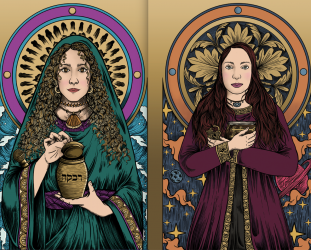 We'd never heard of the Rocky Bay Midnights from Waiheke Island, Auckland until a very polite and professional e-mail message from the band's singer-songwriter Meredith Wilkie introduced them.... > Read more