Scotland's Simon Thacker is one of Elsewhere's kinda people. He plays classical guitar but has his ears wide open to the world and mostly works in cross-cultural contexts with musicians from India.

His most recent album Rakshasa with his ensemble Svara-Kanti finds him exploring that area deeply, but the centrepiece is a commission from minimalist innovator Terry Riley.

And look at his answers below: how many classical guitarsts will happily mention the Wombles, AC/DC and the Gunners?

I actually had to really rack my brains as I had never really considered what the very first piece was…I remember that I got a cassette tape player for Christmas when I was three or four but I only had two tapes for quite a while … someone’s old Beach Boys Greatest Hits and The Wombles. The stand out was Barbara Ann, which I played over and over and over and…

I can still sing the chorus of Superwomble. But don’t tell anyone…

Hmmm, definitely Angus Young. When Guns n’Roses hit (I was eight) I used to tie my mother’s headscarf round my head like an Axl Rose bandana and jump from sofa to sofa to Welcome To The Jungle. I occasionally still do that…

2. not a song as such but Nazakat and Salamat Ali Khan’s early recording of raga Darbari (or Durbari as it says on the lp, recorded when they were 26 and 24 respectively), transcendentally beautiful, builds in excitement and elemental virtuosity for 22 minutes (link http://www.youtube.com/watch?v=alg8Z4i5Z6k)

3. Carlo Gesualdo’s Moro, lasso, al mio duolo, a madrigal for 5 voices from Book 6, the Alessandrini recording (link https://www.youtube.com/watch?v=-_F1OuMeVSw), a few hundred years ahead of its time with the Heavy Metal progressions... scorching emotional intensity in a renegade compositional style, exploring the darker reaches of the human psyche.

3.5 If I was able to shoehorn one of mine in it would probably be Rakshasa.

I’ve got an oud and a kora, the latter I bought at a Spanish market 15 years ago and miraculously managed to smuggle it back on the plane by engaging the hostess with eye contact on the way on then putting it under my legs and covering it in newspaper for the whole journey…don’t think it would have survived a trip in the hold. I spent around 8 weeks practicing eight hours a day, getting lessons with Moussa Kouyate. Then when summer was over and it was time to go back to uni I had the Bach Chaconne and Ginastera Sonata to learn…my kora playing never recovered…

Impossible to pin this one down, so many, but I’m currently having my mind expanded by The Mysticism of Sound and Music by Hazrat Inayat Khan. 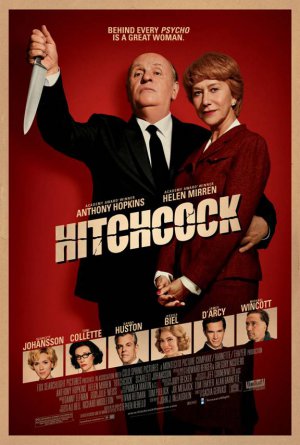 The Kronos Quartet, to play my own music, with lots of special guests from around the world. Sanam Marvi, Daler Mehndi, Zakir Hussain and V. Selvaganesh would be among them.

Last CD was Through Thick and Thin by Bear Creek, last download The Burgh Island EP by Ben Howard

Anything by El Greco

Based in rural Andalucía with my better half, playing and composing, Rakshasa is my latest testament, the summation of my experiences, learning and inspirations up to this point on this ongoing, ever expanding journey. My aim was to create new soundworlds through the combining of Indian and Western music, then extend them through my imagination, furthering the expressivity of my unique musical language and developing my own contemporary tradition.

Something that doesn’t sound like anything else, is the music unmistakeably of today but couldn’t have been achieved without my immersion in these traditions.

I think I have succeeded but know I have not even scratched the surface of the possibilities. 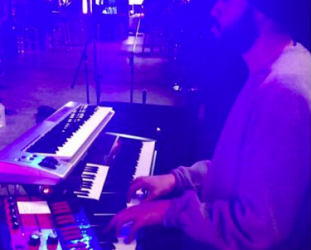 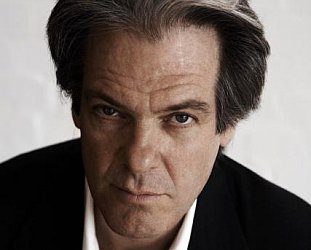