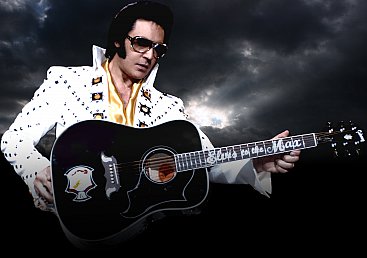 Probably best to give Max Pellicano the title that he tours under, Elvis to the Max, because he is one of the best Elvis impersonators around (one of my sons bought me the t-shirt after we saw him years ago, I still have it) and he's coming back for another New Zealand tour. Dates below.

This time Max is playing with a 15-piece orchestra so we can expect some pretty big ballads.

Max has an interesting background too: He was born in Monte Carlo; the family moved to NYC when he was two; he studied arts at California State University; took to theatre; was offered a part playing Elvis in Hawaii and subsequently has worked with many of Elvis' musicians . . .

President of the U.S

Rod Stewart (Night on the Town)

Something, by the Beatles

Poster of Elvis on Tour

In Monte Carlo hanging out in a cafe on the beach.

Cause it's my first.

ELVIS TO THE MAX DATES 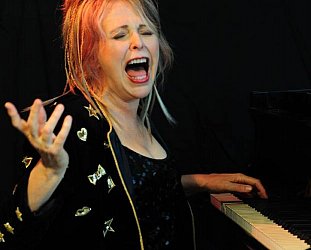 Earlier this year when pianist Jan Preston released her Play It Again Jan album and toured, we reviewed the album and peppered in some of her background: Red Mole Cabaret, Midge Marsden's Country... > Read more 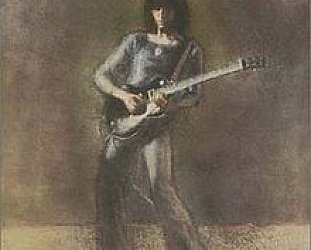