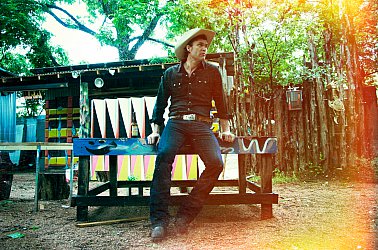 Curiously enough it wasn't the name "Corb Lund" (memorable enough perhaps) which caught my attention when I was in Vancouver, it was the name of his band: the Hurtin' Albertans.

Great band name and if I hadn't been leaving town I would have made the effort to see them on the basis of that moniker alone.

Now I don't have to travel so far because Lund and the Hurtin' Albertans are bringing their brand of rockin', hurtin' whisky-drinkin' country-rock to Auckland for one show only (date below).

Lund and band have won so many awards in Canada we could hardly begin to list them here, played Glastonbury, toured Europe and Australia, and a few years back signed with the credible New West label which releases Steve Earle, Buddy Miller, Kris Kristofferson among others (see here).

So you want a bead on what they do. Check out the posted song and clip and know this, titles on their most recent album Cabin Fever include Bible on the Dash (which features Hayes Carll), Dig Gravedigger Dig, One Left in the Chamber, Drink It Like You Mean It, Pour 'Em Kinda Strong . . .

Interesting that the doors open at the venue 90 minutes before the band come. Time to prep.

Corb Lund joins the list of luminaries to answer the Famous Elsewhere Questionnaire . . .

‘The Strawberry Roan’, and old cowboy song my rancher grandfathers used to sing.

‘If I Could Touch Her At All’, Willie Nelson version, ‘Pasa Get Down Dena’ by John Evans and ‘The Jeep Song’ by Dresden Dolls and ‘Counterfeiters Blues’ by me.

I’ve got a 100 year old pump organ that I got for free from an old lady. Works great! But I busted my back moving it into my living room. And I’m moving soon, so I have to move the damned thing out again. 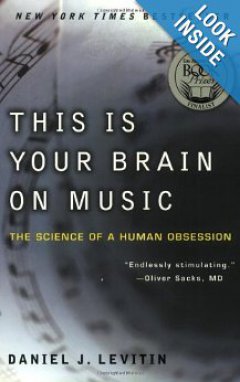 ‘This is Your Brain on Music’ and ‘This Wheel’s on Fire’ by Levon Helm.

Marty Robbins, but he’s dead. So Amanda Palmer. I really want to write a country noir duet with her, but she doesn’t know I exist.

‘For the Good Times’, Kris Kristofferson.

‘Meat’s Not Meat ‘til It’s in the Pan’ by Charles M. Russell of Montana. And Mucha’s ‘Spring/Summer/Autumn/Winter’ series.

A big, gnarly upside down cross on my back. 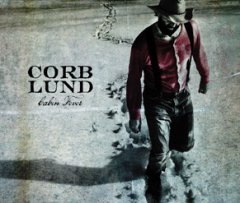 On our 120 year old family ranch under the shadow of Old Chief Mountain. Just living. That’s my place.

Because I didn’t give a shit what it sounded like when we recorded it. Very liberating. No edits, no overdubs, all live, vocals live.

Sounds way better than when I obsess over audio details.

Corb Lund and The Hurtin' Albertans 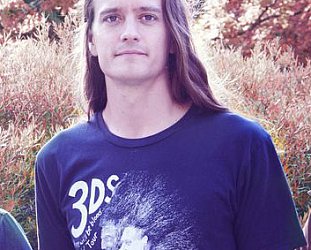 We still get excited when New Zealand acts do well overseas – recently Gin and the current coverage of Lorde – but when the Datsuns out of Cambridge made the cover of the NME in late... > Read more