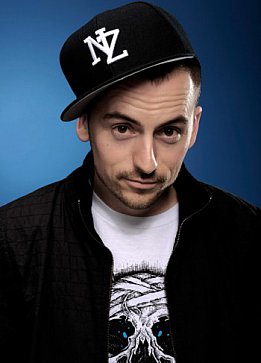 But as to this year . . . here is Pete Wadams (aka P. Money who has been nominated -- along with co-writers Aaradhna and Evan Short -- for Aaradhna's song Wake Up.

Probably a Michael Jackson song. The Thriller album was the first album I remember really capturing my imagination.

Ice T was so dope to me as a kid. He had the gold chains, the guns on the album cover, the hot wife and he said the slickest shit. Ice T for president!

Timbaland. His only real mis-step in my opinion was the Shock Value 2 album. Everything else is pretty much on point. He fathered everybody’s style nowadays. You can hear traces of his style throughout modern pop music, r&b, dubstep, trap, hip-hop and bass music. Timbo is the king of beats.

Definitely Prince. Michael was a great songwriter too, although a lot of my favourite songs of his are written by other folks.

Rhythm and Melody first for me. I leave the lyrics to the authors.

“The Mechanics of Popular Music, A New Zealand perspective” was a very helpful guide to the industry in my early days. It’s probably wildly out of date in 2013 though. Someone should do a revised edition.

Most recent download is Drake – Never Was The Same. Last Vinyl LP was My Beautiful Dark Twisted Fantasy collectors edition. Last CD was a million years ago.

“I got a letter from the government the other day, I opened and read it, it said they were suckers” – Chuck D from Public Enemy’s ‘Black Steel In The Hour Of Chaos’

Which song are we talking about?