Because Elsewhere has long had a fascination with music from the Middle East region -- we tell you repeatedly to never judge a bellydance album by its cover -- the self-titled album by Israeli-born rock guitarist Arli Liberman, now resident in New Zealand, was always going to stand out from the pack.

According to his bio, Liberman has appeared on some pretty big stages in his time, notably the Montreux Jazz festival when he was 18, various festivals in Egypt and Israel, before 200,000 at a peace festival in Russia . . .

He brings a jazz-rock fusion to his original pieces, but pulls also from North Africa as much as the Middle East, and the self-produced album -- recorded at the Lab in Auckland -- fairly leaps out of the speakers. Think a Middle Eastern fusion-era Al Di Meola (with vocals in places) and you are getting into his zone.

Liberman launches the album at the Kings Arms in Auckland (November 29) and San Francisco Bath House in Wellington (November 30).

Before then however he answers iour Famous Elsewhere Questionnaire.

When I was a child growing up it was Shine on you Crazy Diamond by Pink Floyd, together with ambience of mosques and synagogues in Israel. And today it is still one of my favourite music pieces of all time.

Metallica!!! (now days it will be rare to listen to them but still.. first role models)

Marine biologist, I love the sea and the whole mystery and unanswered questions that it brings with it.

Back in Israel I’ve got a poster of The Doors opening for Jimi Hendrix in Paris..

The best book on music or musicians you have read is …

Unfortunately I don’t read books due to my heavy dyslexia, I know I’m missing out on a whole dimension here.. but a few years ago when I was touring with a band in Switzerland the bass player read me the Jimi Hendrix biography book.. wow that guy aye.. 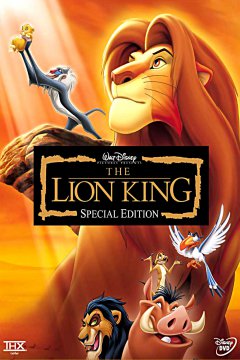 Mmm.. embarrassing but I haven't bought music (for myself) for a long long time.. and I don’t download either.. you just need to type the music on youtube and its all there..

It’s all about the money aye? Thriller. Or Come Together

The poster, album cover or piece of art could you live with on your bedroom forever would be..

Pink Floyd: Dark Side Of The Moon album cover.. I’ll be spending it on a yacht circling the globe meeting new people with new flavors of life and music!

Because I had the best time EVER doing it!!! It’s my debut album and the vision was to have a great time and joy making the music. I had to be honest with myself and ignore all those voices in my head “who is going to buy it?” “good or bad?” all those thoughts that make you do everything but create!! So I decided to use my home roots from Israel with new soil here in New Zealand.

I used an awesome kiwi rhythm section that usually wouldn't play rock or Arabic/world music giving me a solid yet very musical surface to balance out my Middle Eastern guitar sounds. Jazz bassist DeWayne Pate from San Francisco has played with some of the most famous musicians of the past 30 years, and across an impressive musical spectrum: bluesmen like Duke Robilliard and... > Read more