The name of drummer/arranger Reuben Bradley has appeared many times at Elsewhere, but because Elsewhere can't be everywhere we missed one major mention this year. He masterminded, played on and produced the album Mantis; The Music of Drew Menzies which was a tribute to the life and music of the late Menzies and which pulled jazz and classical threads together by employing jazz and string quartets.

Bradley – along with composer John Psathas – did the arrangements for the New Zealand String Quartet, and he brought together Matt Penman (bass), pianist James Illingworth and Roger Manins (sax) to make up the jazz quartet.

The album is one of the three finalists for the 2014 Jazz Album of the Year award (along with Nathan Haines for Vermillion Skies and Phil Broadhurst for Flaubert's Dance), the winner to be announced at the national Jazz festival in Tauranga on April 18, 2014.

This isn't the first time Bradley has been a contender for a Tui, in fact in 2011 he won the award with his album Resonator (reviewed here).

Very timely then for him to answer our Famous Elsewhere Jazz Questionnaire . . .

Lullaby of Birdland – Sarah Vaughn. Roy Haynes plays one of the best 8 bar breaks ever!

All of them (except 80s!) The 60’s bands really stretched out what was possible, the early 70’s bands played a very unique angular funk – sometimes dark, sometimes fusion-y but always exploratively.

Alive – the Bad Plus, me on drums. Dead – Andrew Hill, drums. 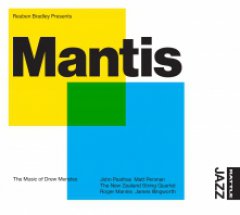 Song: Meeting at Union Square – because it was a beautiful composition that I could help to shape into a finished work – albeit with the creative majesty of John Psthas. 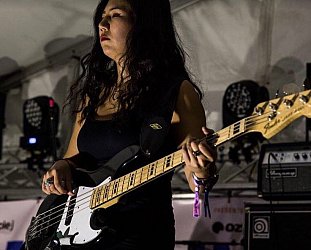