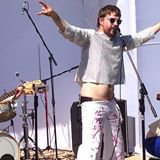 You have to like and admire Wellington's artrock-cum-satirical pop group Gold Medal Famous.

They rock, they roll, they are witty and droll.

When Elsewhere reviewed their 2011 album 100 Years of Rock we concluded this was a band where one week you might be in the audience and the next you might be on stage as part of the group.

They write songs like They're Drinking My Punch, John Key is Dick (in a barbecue-reggae style), Meat Lover's Pizza and Go, Gold Medal Famous, Go!

At their Facebook page in a recent posting they noted that “this song is a hit. All it needs is a million dollar marketing budget”.

It was one of their songs, of course.

So GMF are funny . . . and they have new EP out so are taking to the road for a short tour (dates below)

They describe their Free Body Culture EP as a world first “eclectotronica” release.  “Rocking the trash party. The EP is an efficient seven-song release clocking in at 27 minutes 35 seconds, perfect for the busy citizen of today. This EP is suitable for a mature audience who want to party.”

The Muppets (no embarrassment here).

Music isn’t my career. It’s a fun hobby. I’m a bureaucrat but I’d rather be an academic and also make large royalties of my music.

We’ve got a Moog Theremin we use all the time. We’ve got a bunch of hand percussion: a vibraslap, gong, bells and a conch.  We also have the cornet I learnt on as a kid. I was in a concert band, a brass band and orchestras as a teenager.

Nico: Songs They Never Play On The Radio by James Young

Fade - Yo La Tengo. I don’t download music much.

Nothing. I don't like tattoos. No one in Gold Medal Famous has a tattoo. A band without tattoos, that makes us punk. 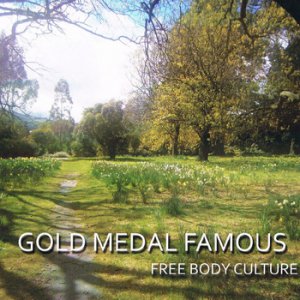 Hanging round New York eating great food, going to gigs and exhibitions, traveling around America with sporadic trips to Europe.

The "Free Body Culture EP" is an efficient 27 minutes 35 seconds for the busy citizen of today. Some of the songs you can even sing along to. The EP is political, just in time for election year. It is catchy and weird enough to keep you interested.

It has 7 songs on it so it is lucky. Thanks for your interest. Enjoy!

5. The band with the most tattoos has the worst songs
- Robert Forster, The Ten Rules of Rock & Roll. 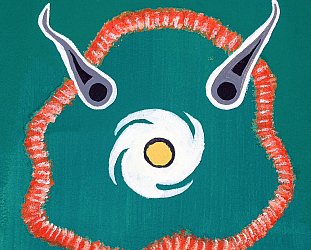 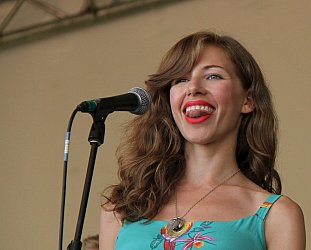 You only needed to see Lake Street Dive's You Tube of them singing The Jackson' Five's I Want You Back on street in Boston four years ago to realise they were pretty special. The quartet had... > Read more

In May 2013 we started recording our debut album ‘I Need Space. Now in May 2014 we get to release it to the public... finally. Let me start by saying this is one of the single hardest... > Read more